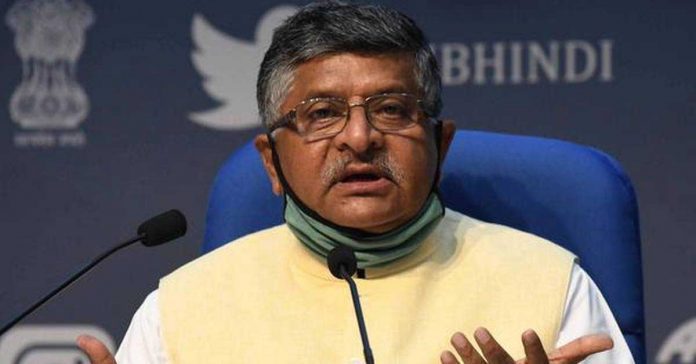 Chinese apps: “We banned Chinese apps to protect data of countrymen; it was a digital strike,” said Ravi Shankar Prasad.

Union Minister Ravi Shankar Prasad has said it was a “digital strike” by India which came as a surprise move to ban 59 Chinese apps days after a violent face-off between Indian and Chinese soldiers in eastern Ladakh.

“We banned Chinese apps to protect data of countrymen; it was a digital strike,” Mr Prasad said at a BJP rally in West Bengal today, he said.

“India is for peace, but if somebody casts an evil eye we will give a befitting reply,” the Law, Communications, Electronics and Information Technology Minister said, echoing a similar statement that Prime Minister Narendra Modi made last week on the India-China border tension.

A section of the media had called India move’s to ban the Chinese apps, including the wildly popular TikTok, a “digital airstrike” in allusion to India bombing a camp of the terror group Jaish-e-Mohammed in Pakistan’s Balakot in February last year

The 59 apps including TikTok which have Chinese links blocked by the government include WeChat and UC Browser. The Indian government’s TikTok account MyGov, which had 1.1 million followers, has been disabled.

Sina Weibo, China’s answer to Twitter, has deleted Prime Minister Narendra Modi’s account at the request of the Indian embassy. Two posts could still not be deleted because they featured PM Modi’s photos with Chinese President Xi Jinping. The Chinese app cannot delete photos of their President easily, people with direct knowledge of the matter.