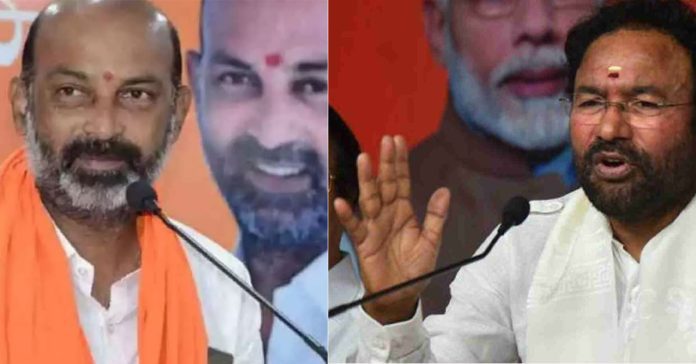 BJP blames the Telangana government for conspiring to defame the central government. The protests started around 8.00 am in the morning. Three trains, two rail engines and several food stalls on the station premises were set on fire. In addition to that the protesters vandalized railway property on a large scale.

According to Telangana Today, The Union Tourism Minister, MP G Kishan Reddy (BJP) blames the Telangana state government for the protests on Friday against the ‘Agnipath’ scheme.

While addressing media persons in New Delhi, he alleged that the State Police was witnessing the rampage and destruction like mute spectators. It was a planned attack, he charged.

However, speaking hastily, in a bid to blame the Telangana state government, Mr.  Kishan Reddy said the Railway Protection Force (RPF) which was present at the station was  meant to only protect the railway properties, but “it is State police, which had to intervene in time and control the violence”.

The youth who are aspirants of  Armed Forces have been protesting since Friday morning. The job aspirants staged protests, raised slogans against the BJP-led Central Government and demanded abolishment of the Agnipath scheme.

Meanwhile, the State BJP president Bandi Sanjay alleged that the violence at Secunderabad railway station was conspired by the ruling TRS party in association with AIMIM and Congress.

Furthermore, he said the Telangana Government was deliberately defaming the Central Government. “This is an attack executed by the State Government as many persons sporting masks triggered violence at the Secunderabad station.

The State intelligence had utterly failed,” Bandi Sanjay claimed. Youth were being misguided on the Agnipath scheme. Through the scheme, Prime Minister Narendra Modi wants to infuse confidence and inculcate discipline among the youth, he said.

“It is the State Government, which is promoting destruction and that’s the reason bulldozer government should come to power in Telangana as well.”

Yati Narsinghanand was put under "house arrest" on Friday, to maintain law and order. He had declared...
Education

A four-week-bridge course is introduced for students of classes II to X by the Telangana educational school...
Load more