Accused Out on Bail in Molestation Case, UP Man Kills Survivor’s Father 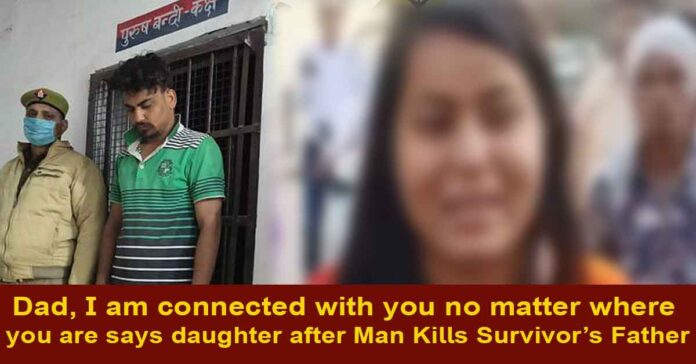 A molestation case was filed in UP against Gaurav Sharma and he was jailed for a month in 2018. He was granted bail by a local court after a month.

Only one man from the family of the accused has been arrested by the UP Police A man, Gaurav Sharma, who was out on bail in a sexual assault case allegedly shot dead the survivor’s father in Uttar Pradesh’s Hathras on Monday, 1 March.

ALSO READ: A 19- year old Dalit woman succumbed after she was gang raped by four men

According to sources, there was an argument on Monday evening between the family of the woman and the accused outside a village temple. The woman’s father succumbed to the gun shot injury on the way to the hospital.

The Superintendent of Police of Hathras, Vineet Jaiswal said, The woman’s father who was killed, had filed a case against Gaurav Sharma in July 2018 for molestation. The accused was arrested and sent to jail and got bail after a month.

Since then, both families had turned enemies to each other. The wife and an aunt of the main accused had visited a village temple to pray where both daughters of the deceased were also present. The women had an argument.

The accused Gaurav Sharma and the woman’s father intervened and the argument between the men intensified. After this, Gaurav in a fit of rage called some boys from his family to the scene and shot the woman’s father.

A video which has become viral now was shot by local journalists outside local police station shows the survivor crying and pleading for justice. “Please give me justice… please give me justice. She was heard saying “First, he molested me and now he has shot my father. He had come to our village.

There were six-seven people. My father had no enmity against anyone. His name is Gaurav Sharma,” cried the girl in the video clip.