A UPSC aspirant poses as cop, to make money, arrested 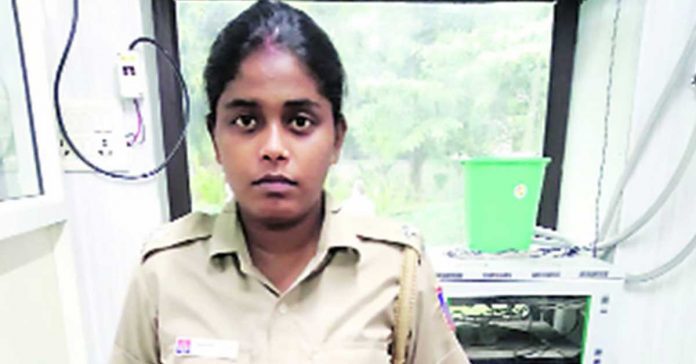 A UPSC aspirant poses as cop: Tamanna Jahan, who is unemployed, was allegedly wearing a police uniform and taking money from people who were violating social distancing or were not wearing masks.

Tamanna Jahan, a woman who is unemployed, was allegedly wearing a police uniform and taking money from people who were violating social distancing or were not wearing masks.

Head constable Sumer Singh was patrolling in the area when he noticed Jahan and suspected something wrong on Wednesday morning. He suggested constable Ashok to go to the spot in civilian clothes and talk to Jahan. When Ashok went without a mask, Jahan stopped Ashok and told him to pay fine for not wearing a mask.

When he asked her about her posting, she said that she is posted at Tilak Nagar police station as an ASI. Ashok then told the woman that he too works there and has never seen her. The woman then panicked and couldn’t show a police ID card to the constable,when he asked her.

A team led by ASI Bhom Singh and a woman constable took the woman into custody. On being arrested and questioned her for which she confessed that she allegedly carried out the scam as she needed money for her family.

According to a senior police officer, she got married recently against her parents’ wishes and didn’t have any money, hence she decided to pose as an ASI so she could scare offenders and take money from them in the name of Covid challan.

She told that she was also preparing for UPSC. She couldn’t clear the exam in her previous attempt. A fake challan book, cash and police uniform were recovered from her.

ALSO READ: Is Bollywood in control of underworld?