Manoj Kumar Shukla was suspended by the Allahabad Hight Court, after he lay infront of a bull dozer. 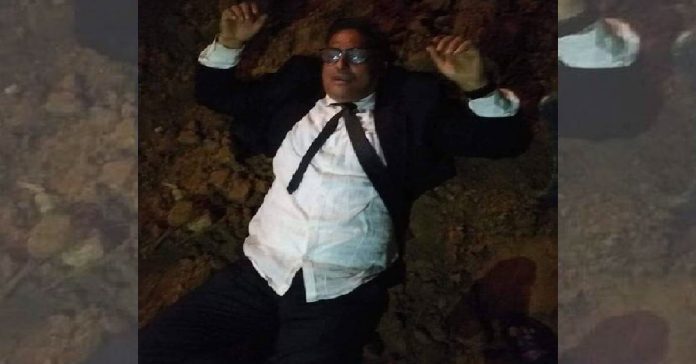 Additional district judge of the Sultanpur district court, Manoj Kumar Shukla was suspended by the Allahabad Hight Court. Mr. Shukla protested against wrongful acquisition of his ancestral property. To show his discontent, he lay in front of a bull dozer all night.

The Allahabad High Court suspended the Additional district judge for this act of Mr. Shukla.

According to the reports of LiveLaw, the lands were being taken over by the government for a development project. The government promised to pay the compensation for the land acquired.

However, Mr. Shukla and his father were not happy with the compensation. Moreover, when his father was informed about his land acquisition by the officials, he visited them but never returned to them again.

After that, when the district administration went to acquire their ancestral land, the Additional judge was seen laying in front of the JCB bulldozer, wearing a coat, pants, and a tie went viral on social media.

Earlier, the 28-km-long hariya-Rajwaha Saryu canal, which Prime Minister Narendra Modi  inaugurated last year is part of the Saryu Nahar National Project. Moreover, the land acquisition was being done for implementing this project.

According to the report in the Indian Express, subsequently, the process of land acquisition for the project began.  In turn, the irrigation department wrote a letter to the Basti district administration. Furthermore, they sought their help in acquiring land. Hence, letters were sent to all the land owners.