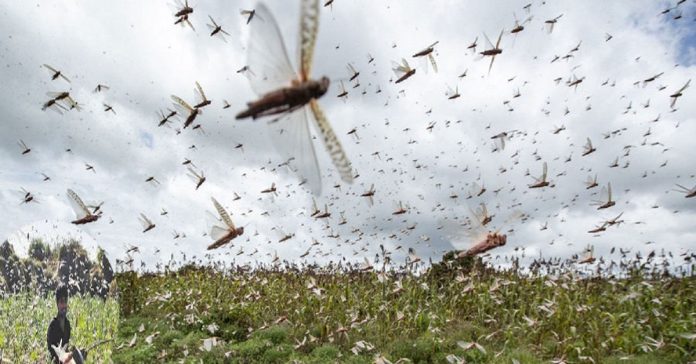 Swarms of locusts entered India from Pakistan and have made their way into Rajasthan, Madhya Pradesh, Gujarat, Uttar Pradesh and Maharashtra. Swarms of the desert locust, which invaded India via Pakistan in April, have now entered to at least five states. 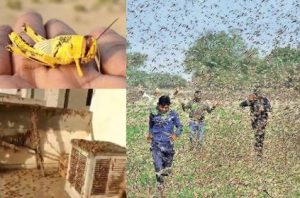 Desert locust move in large groups, called swarms. They can eat crops as much as their own weight every day. Millions of locusts descend on a crop, they destroy everything and leave.

According to the eyewitnesses, the swarm which entered India from Pakistan was about two to three kilometres long. It is considered the most destructive migratory pest in the world and a single swarm covering one square kilometre can contain up to 80 million locusts. 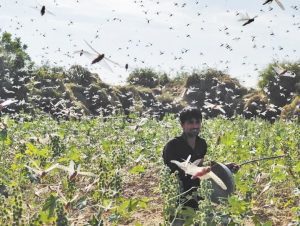 Many parts of Gujarat were invaded by locust in December 2019. Then they had destroyed crops spread over 25,000 hectares of land. This time, the attack is more widespread.

Locust swarms entered India from Pakistan where they flew in from Iran last year. From Rajasthan, locusts entered Madhya Pradesh via Neemuch and have advanced to Ujjain and Dewas. The locust swarms have also made their way to Gujarat, Uttar Pradesh and Maharashtra.

Punjab has also put its farmers on alert as it is close to the affected areas.