Woman, Man Shamed, Paraded In UP Village, Residents Filmed It 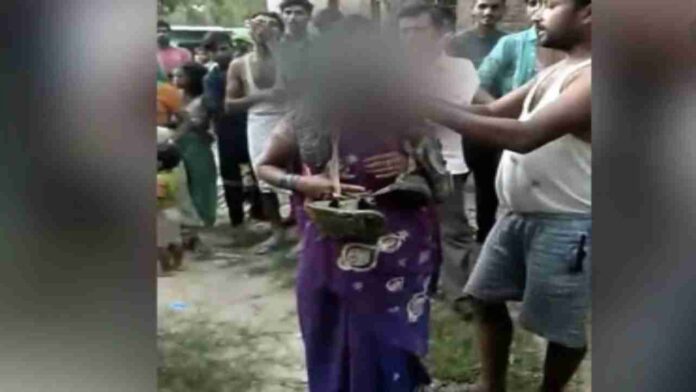 In a shocking incident, a woman and a man were paraded after their heads were tonsured. They were paraded through a narrow lane as a large number of men and boys walked behind them.

A woman and a differently-abled man were assaulted, tonsured, made to wear garlands made of footwear and paraded in a village in Uttar Pradesh‘s Kannauj district  about 122 km from state capital Lucknow, allegedly by the woman’s relatives  on Wednesday.

According to the police, the husband of this 37-year-old woman had committed suicide two months ago. This differently-abled man, who is 40, is her friend who used to help her maybe out of sympathy.

Since the woman’s relatives did not like their friendship, their heads were tonsured  and paraded through a narrow lane as a large number of men and boys walked behind them.

Two relatives of the woman who are the main accused, have been arrested. They and a few others allegedly shaved the heads of the man and woman, blackened their faces, made them wear garlands made of footwear and paraded them in the village.

The incident took place after they were spotted together in the village.

A total of eight people have been named in a First Information Report (FIR) and charged with assault, causing hurt and trespassing.