Who is Rakesh Tikait? All you need to know about farmer leader 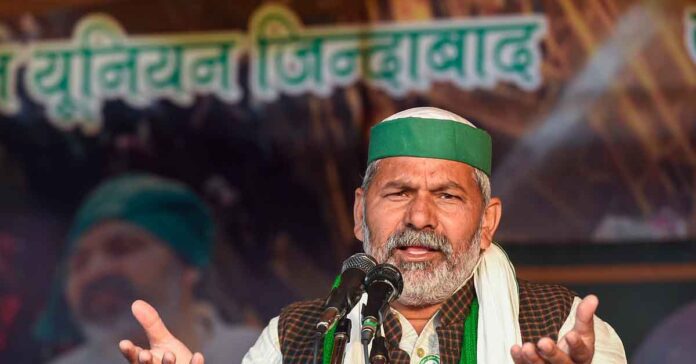 Rakesh Tikait has been instrumental during the ongoing farmers’ protests. He has a considerable popularity in western Uttar Pradesh.

Rakesh Tikait is one of the persons who have come out to be a leading voice in the ongoing farmers’ protests. With his considerable popularity in western Uttar Pradesh, Tikait’s leadership has been instrumental during the protests. Many farmers trust him in taking the movement forward against the controversial farm laws.

Since the chaos that took place during the farmers’ tractor rally on the Republic Day, Tikait has been in the limelight, with some questioning him for his role in the violence. The police have filed an FIR against Tikait as well.

Rakesh Tikait was a Sub Inspector. When his father led the farmers

stir during the 90s, he faced political pressure to convince his father to call it back. As he couldn’t handle the pressure from his superiors, he quit his job and joined the farmers in their agitation.

Rakesh Tikait was born in the Sisauli village of Muzaffarnagar on June 4, 1969. He pursued his MA from the Meerut University. He later pursued LLB as well.

Rakesh Tikait is the national spokesperson of the BKU, which is one of the leading organisations agitating against the Centre’s farm laws. His elder brother, Naresh Tikait, is the National President of the BKU.

Telangana CM KCR kickstarted the protest in Delhi against the center regarding the paddy procurement policy on...
Activism

Delhi is shocked to see the scene of Khap Panchayat of Muzaffarnagar, even the media is shocked. From...
News

The spokesperson of the Rakesh Tikait, Bharatiya Kisan Union (BKU) said that the protesters will not vacate...