UP: 23 migrants dead, over 13 injured as truck rams into lorry in Auraiya 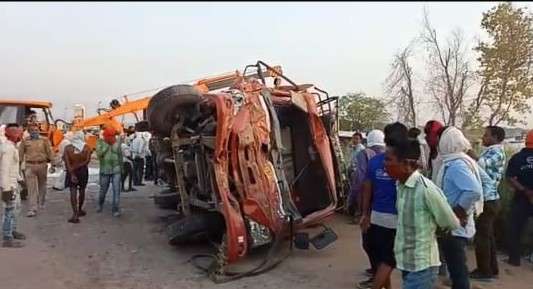 UP: 23 migrants dead, over 13 injured as truck rams into lorry in Auraiya

A truck rammed into a DCM lorry in which the migrants were traveling in to their native places , killing at least 23 migrant workers and over 13 were seriously injured after. The incident happened at around 3:30 am on Saturday . The migrants were from different states.

The migrants were natives of Bihar, Jharkhand and West Bengal. They were coming from Rajasthan.

All the injured have been taken to a district hospital and Saifai PGI for treatment. The district authorities have reached the accident site. Rescue operations are underway.