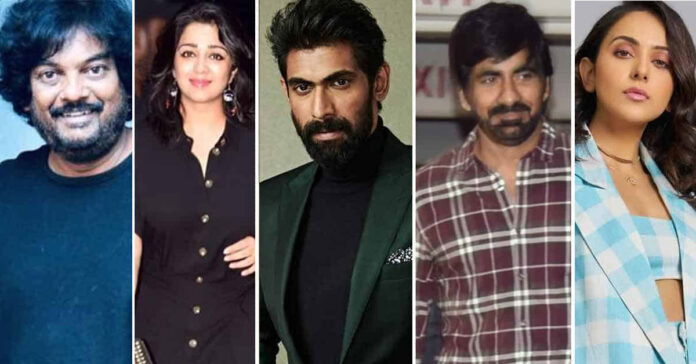 Tollywood drugs case: The key accused Calvin Mascarenhas and Actor Nandu were questioned by the Enforcement Directorate(ED) on Tuesday. Actor Nandu is the fourth one to be questioned from Tollywood.

Two others were questioned by the Ed in a money laundering probe linked to a drug case, which started four year ago.

Nandu, who arrived at the ED office in the morning, was quizzed for more that eight hours. It is said that he was reportedly questioned regarding his financial transactions and bank details.

Actor Nandu was initially summoned on September 20 by the ED for questioning. However, the reason for calling him early is not known.

In addition to these actors, few more were summoned by the ED. Last month, the ED issued notices to 10 persons connected to Tollywood. These people include a private club manager as part of a money laundering probe linked to the drugs case.

All these film personalities are summoned in connection to the drugs racket which was busted with the arrest of drug peddlers Calvin Mascarenhas and Abdul Quddus in 2017.

Even a dog won’t eat this, UP police constable cries over poor food quality

A constable narrated his agony about the food they receive after a hard day work. He was...
Inspiring

Shrikant Tyagi was arrested on Tuesday morning from Meerut, four days after he absconded after assaulting and...
News

As part of the 'Swatantra Bhartha Vajrotsavalu', the Telangana government has showcased the real 'Atmanirbhar Bharat'. The Telangana...
News

The Har Ghar Tiranga campaign is being forced upon the poor. The allegation is that the poor...
News

Bulldozer action against BJP leader, who assaulted woman at Noida

Bulldozer action against BJP leader Shrikant Tyagi, who allegedly abused and assaulted a woman at a housing...
Governance

KCR Press Meet Highlights: Telangana CM K Chandrashekar Rao Says He Will Not Be a Part of...
News

In this viral video, you can hear and see how a BJP leader, Shrikant Tyagi is abusing...
News

Vice-Presidential Election Begins, Results will be announced this evening

The vice presidential election is going on in the Parliament House. It will continue till 5 PM...
News

A video going viral all over the media in which men are seen taking an oath in...
News