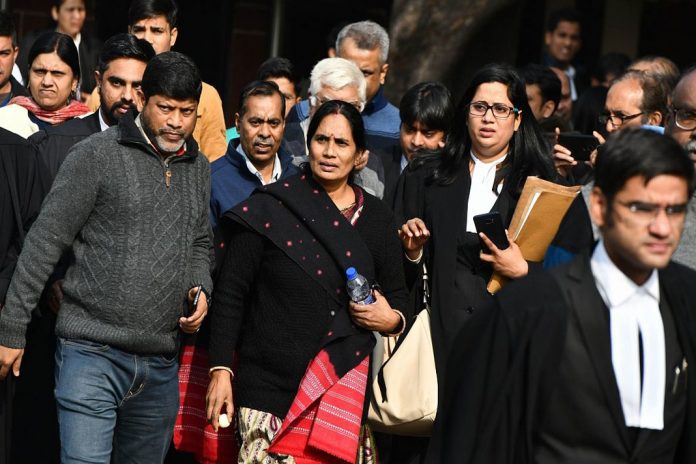 There’s a twist in the greatest suspense story of ‘India’s daughter’ — Nirbhaya case. Two out of the four death convicts, Akshay Kumar Singh and Pavan kumar Gupta have moved to the court on Saturday, seeking stay on their execution of their death warrants scheduled for March 3. These two convicts have filed a fresh mercy petition before the President of India, which is pending for which the Additional Session Judge Dharmender Rana has issue a notice to the authorities of the Tihar jail.

The lawyer of these two convicts Mr. Singh claimed that the earlier mercy petitions did not consist of complete facts. He also says that they still have the option to file mercy petition. The convicts told the court that there were number of petitions pending before the Supreme Court and the other authorities.

Orders of the Court

On February17,2020, the court had ordered the four convicts Mukesh Kumar Singh, Pawan Gupta, vinay Kumar Sharma, and Akshay Kumar issued fresh death warrants that they should be hanged on March 3 at 6.00 AM.and also stated that deferring the execution would be “sacrilegious” to the rights of the victim of nirbhaya.

It is for the third time that the death warrants were issued by the court against the four convicts. The Court has observed that the death warrants have been deferred twice — January 17 and January 31 and now opines that further deferring would be irreverent to the rights of the victim for expeditious justice.The court is hearing the petitions of Nirbhaya’s parents and the Delhi government seeking fresh death warrants for the four convicts every time they file a fresh petitions for mercy. after the Supreme Court has given them the freedom to approach the trial court.

A 23-year-old female Physiotherapy intern Jyoti Singh was beaten, gang raped, and savagely assaulted her in a private bus in which she was travelling with her male friend on the night of December 16,2012. There were six others in the bus, including the driver, all of whom raped the woman and beat her friend.