KCR expressed his anger on the Finance Minister Nirmala Sithraman too. He sharply said that the budget is a Golmaal budget. 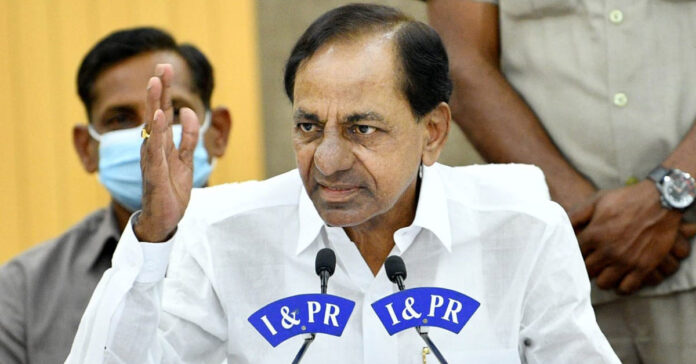 Telangana Chief Minister Mr. K. Chandrashekar Rao, gave a call to the youth of this country to wage a battle against the BJP. He asked the youth to fight against the divisive politics of the BJP government at the Centre.

On 1st Feb, he addressed the media at Pragati Bhavan following the Union Budget 2022 presentation in the Parliament by FM Nirmala Sitharaman.

The entire social media is shaken by the press meet called in by the Chief Minister KCR of Telangana. Every person is talking about his daring comments against the Centre and the budget. He out rightly spoke about the parties, their leaders and their bad policies.

Thousands of posts on the social media are praising the chief Minister for his oratory skills and courage.

Whereas the BJP supporters working hard to counter all the comments of the Chief Minister.

Further, he declared that the need of the hour is to bring in a new Constitution for the nation. He said,

”The Country needs revolutionary and qualitative change that will reveal the true potential of India which has sufficient resources to emerge as an economy larger than the US.”

Flop show of BJP and Congress

He said, “As a person with 50 years of political and public life behind me, and having held several Constitutional positions, I believe it is time for a new Constitution. Both the so-called national parties – BJP and Congress – ran a flop show while leading the country. They have only usurped the power of the State under the garb of concurrent list.”

KCR expressed his anger on the Finance Minister Nirmala Sithraman too. He sharply said that the budget is a Golmaal budget. The Chief Minister said,

“The Union Government should have delegated more powers to the states as a democracy procedure. However, one has not seen any wisdom either in BJP or Congress so far. However, the country already lost 75 valuable years in trying out these two parties.”