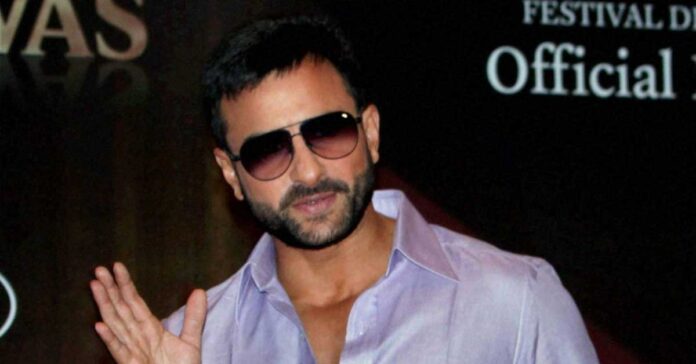 Saif Ali Khan is an Indian actor and producer. He was born on 16 August 1970. His father was the legendary cricketer late Mansoor Ali Khan Pataudi and actress Sharmila Tagore. In the year of 1993 he made his Bollywood debut with Yash Chopra’s “Parampara”.

The 50-year-old actor will share his entire journey starting from his family to his experiences in life, high and lows of his acting career and inspirations, among many other things.

He said so many things have changed and will be lost with time if we don’t record them.  He added that it always feel good to look back at our own journey, that inspires us to move on and do our jobs with equal effort. He hopes that others will also enjoy reading his life story as much as he enjoys while writing. The autobiography is all set to be published by HarperCollins Publishers India.

Saif and actress Kareena Kapoor expected their second baby after Taimur who was born in the year 2016. Saif also has daughter Sara, who recently joined Bollywood as an actress and son Ibrahim from his earlier marriage to Amrita Singh.

Saif Ali Khan was a former Indian actor and producer was born on 16th August 1970. His father was legendary cricketer late Mansoor Ali Khan Pataudi and actress Sharmila Tagore. In the year of 1993 he made his Bollywood debut with Yash Chopra’s “Parampara”.But achieved fame and success with his roles in the romantic drama Yeh Dillagi and the action film Main Khiladi Tu Anari. He received one National, six Flimfare awards and also received Padma Shri in the year of 2010.

ALSO READ: Is Rhea Chakraborty in a relationship with Mahesh Bhatt or lacks common sense?

The makers of the web-series 'Tandav' issued an "unconditional" apology after complaints to police in Maharashtra and...