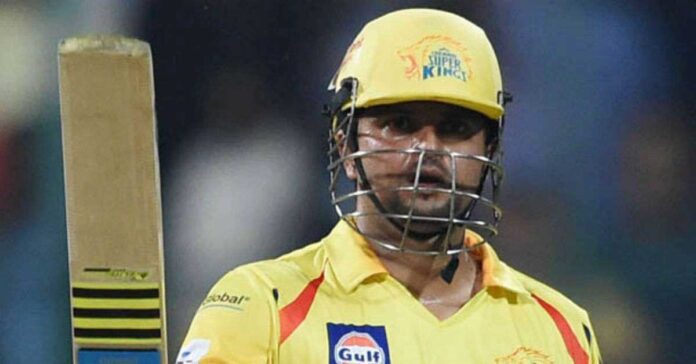 Suresh Raina returned to India from the UAE after opting out of the Indian Premier League (IPL) 2020. There were several reasons cited and rumors doing the rounds. Few say that he returned because of his children while a few suggested that his uncle was killed in Punjab et al but nothing is clear as of now.

However, sources termed the reason to be more “stupid”. It is said that Suresh Raina was not happy about the room given to him. He did not heed to any of his team members, though they tried to convince him.

This was followed by shocking revelations by N. Srinivasan, Chief of India Cements which owns CSK.  He was furious about the behaviour of Raina and there were reports of him threatening him of his dues and damages.

Suresh Raina did not speak anything about it but three days after pulling out of the IPL and returning home to India, Suresh Raina has broken his silence and appealed to the Punjab Government to help bring to justice, the men who attacked his family.

Raina informed that the incident which happened to his family in Punjab was beyond horrible. His uncle was slaughtered to death, his aunt and both of his cousins had severe injuries. Unfortunately, one of his cousin also passed away last night after battling for life for days. His aunt is still very critical and is on life support.

He appealed to the Punjab Police to look into the matter and pleaded the Police to find the culprits as they atleast deserve to know who did the heinous crime.

It is said that a group of four members of the notorious ‘Kale Kachhewala’ gang had attacked the family while asleep on the terrace of their residence, in Thariyal village near Madhopur in Pathankot district on the night of August 19.

According to the police the cricketer’s uncle was identified as Ashok Kumar, a government contractor who had passed away after he sustained grievous head injuries during the assault.

Paradoxically, CSK CEO KS Viswanathan was quoted as saying in a tweet, “Suresh Raina has returned to India for personal reasons and will be unavailable for the remainder of the IPL season. Chennai Super Kings offers complete support to Suresh and his family during this time.”

ALSO READ: Everything you need to know about Unlock 4.0