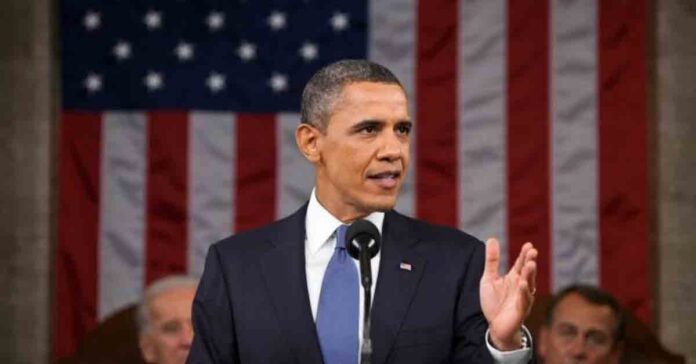 Barack Obama, Former US President, claimed that there are certain elements of Al-Qaeda and other terrorist organizations in Pakistan’s army and this fact is an open secret. This comment was made by Obama in his book ‘A Promised Land’. Obama has clearly stated in the book that the operation to kill Osama bin Laden would not be successful if it would be reported to Pakistan in 2011.

Obama wrote in this book, that it is an open secret that the Pakistani army has al Qaeda, Taliban and other terrorist organizations helpers. It is known to everyone how dangerous this alliance can prove to be. Their intelligence agency (ISI) has direct and close ties with Al Qaeda and the Taliban. The ISI has been using these terrorist organizations against India and Afghanistan.

Obama made many shocking revelations in the book about the mission to kill Laden. According to the former President, the then Vice President Joe Biden (now President-Elect) and Defense Minister Robert Gates did not agree with the secret operation planned to kill Laden. Osama bin Laden was killed by US Seal Commandos on 2 May 2011 in the city of Abbottabad, Pakistan. Obama informed the world about the operation on TV in the morning

Operation to Kill Laden was known only to few people

Obama said that even a slightest hint would have costed them a lot and they could not lose that opportunity, of knowing the hideout of the Al Qaeda leader Osama Bin Laden. Since it was not an easy task and the most risky one, there was a need for secrecy added to the challenge. It was very challenging as the Pakistani army had a base in Abbottabad and Laden’s base was protected. Obama claimed that they had strong intelligence and plan. He had asked his team to prepare the final plan for the operation.

Pakistan was not reliable

Certain elements of Pakistan, especially its intelligence services, maintained links to the Taliban and sometimes al-Qaeda, used them as strategic assets.

As the Abbottabad compound was just a few miles from the Pakistan military’s equivalent of West Point, it had high possibilities that the Pakistanis could give the terrorists a clue about the operation.

In his book Obama wrote , that they had options, but there was huge risk too. Diplomatic relations were also at stake. If this plan was leaked then it could have failed. Therefore, very few people were informed about it. We have only thought that Pakistan will not be included in any plan. The intelligence agency there weakens the government of Afghanistan. Conspiracies are hatched against India.”

Obama further writes that the first option was to destroy the compound by an airstrike. The other option was the commando team entered there and killed Laden. They chose the second option and decided that the Commandos would return to the hideout soon after the operation.

Hillary Clinton the then foreign minister had suspected the ratio of success of this operation to be 51-49. Biden also was apprehensive about the mission that if the operation failed, then it would have serious consequences. The defence secretary was also in favour of airstrike. Obama wrote that after the operation, he had spoken to many foreign leaders. However, negotiations with Asif Ali Zardari, then President of Pakistan, were difficult. However, the President of Pakistan congratulated him and reminded Obama of how his wife Benazir was killed by the terrorists.