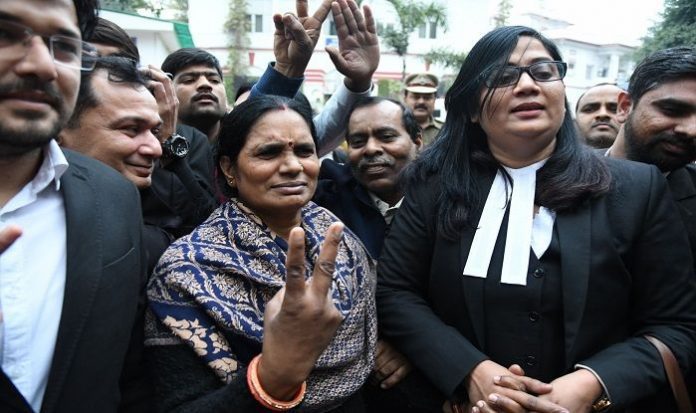 Finally, Nirbhaya convicts were hanged in Tihar jail, at 5.30 am on Friday. Nirbhaya’s mother said that through justice was delayed, it was not denied, and that she would continue her fight for justice for the daughters of India. She also said that she would request the Supreme Court to issue guidelines so that no one can adopt delaying tactics in such cases in future.

The parents of Nirbhaya recollect that their wait for justice was very painful and agonizing.  The death warrants were issued by the court against the four convicts thrice. The Court has observed that the death warrants have been deferred thrice January 17 and January 31 and March 3.

The court heard the petitions of Nirbhaya’s parents and the Delhi government seeking fresh death warrants for the four convicts every time they file fresh petitions for mercy after the Supreme Court had given them the freedom to approach the trial court. Nirbhaya’s father appealed that this day should be observed as Nirbhaya Nyay Diwas (Day of Justice). They felt that women would definitely feel safer after this execution.

Mukesh Singh(32), Pawan Gupta(25), Vinay Sharma (26) and Akshay Kumar Singh(31) were executed at 5.30 am for the savage assault in an empty moving bus on the 23 year old Physiotherapy intern who came to be know the world over as Nirbhaya the fearless one.

The lawyer of these two convicts Mr. A.P. Singh tried his level best to save the four men using mercy petitions and all other remedies but at last though Justice was delay, it was not denied.