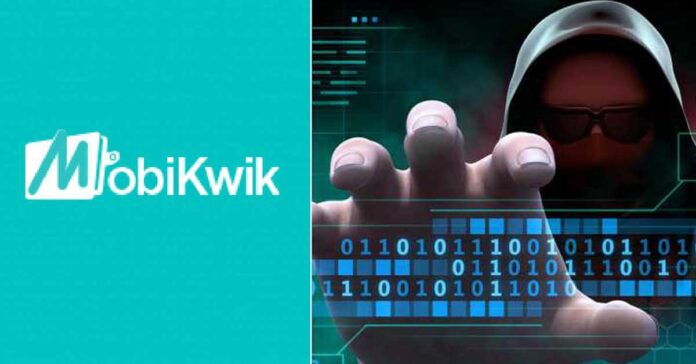 An independent Cyber Security Researcher Mr. Rajshekhar Rajaharia alleges that around 10 crore MobiKwik users data has been leaked and kept for sale on Dark Web by the hackers.

The sensitive information around 10 crore MobiKwik users that was put on the dark web for sale, includes KYC details, addresses, phone numbers, Aadhar Card data and other details of the users. Consequently, several users spotted their personal details on the dark web link that is being circulated on the internet.

Largest leak in the History

So far, the largest KYC data leak in the history is the MobiKwik Data Leak. However, the founder of the company has denied all the allegations.

MobiKwik was founded in 2009 by husband and wife team Bipin Preet Singh and Upasana Taku. Moreover, this company provides a mobile based payment system and digital wallet. Furthermore, the Reserve Bank of India authorized this company in 2012.

The MobiKwik Users can now find their information at the click of a button. They can search by just typing their phone number or email ID.

Above all, the users are able to see their information on the dark web, several users also posted screenshots of the MobiKwik users data. It is reported that the data was being sold for 1.5 bitcoin or about $86,000. However, MobiKwik has out rightly denied the claims made by Rajaharia.

At this time, a spokesperson of MobiKwik said “Some media-crazed so-called security researchers have repeatedly attempted to present concocted files wasting precious time of our organization as well as members of the media”.

We thoroughly investigated and did not find any security lapses. Our user and company data is completely safe and secure, he added.

Phone numbers of Indian politicians, opposition leaders, journalists and activists are found to be hacked. The hacking...
Crime

Humanity has gone for a toss once again. A gang of cyber criminals in Hyderabad have targeted...