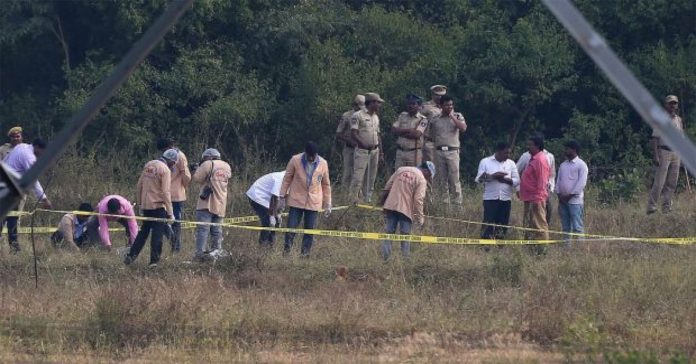 Warangal Police have arrested a 24-year-old man from Bihar for killing nine people. He has confessed to have killed nine people to cover up a murder that he committed on March 6.

Warangal Police have arrested a 24-year-old man for sensational killings of nine people. These bodies were found dumped in bore well last week.

The police stated that the accused, identified as Sanjay Kumar Yadav, allegedly murdered the nine people for covering up another murder that he had executed in March.

The police stated that the accused was a native of Bihar. He had been living in Warangal for the last six years. He was in a live-in relationship with a woman, named Rafiqa.

Six people out of the nine killed by this man were Rafiqa’s kin. They were all natives of West Bengal. The three other men, whose bodies were recovered from the well, worked at the same gunny bag manufacturing unit as Rafiqa’s kin. The accused was seen near the well in the CCTV footage.

The investigation has revealed that the accused killed his lover, Rafiqa,  because she learnt about him getting closer to his daughters from the previous marriage. The police said that nine people were in an unconscious state after having food mixed with sleeping pills. Sanjay dragged them to the well in the wee hours of Wednesday last week and dumped them one by one. They drowned in the well.

ALSO READ: 9 Bodies Found Inside Well In Telangana, Cause Of Death Puzzles Cops