Kangana declares herself as “Most Powerful Woman” in the Country 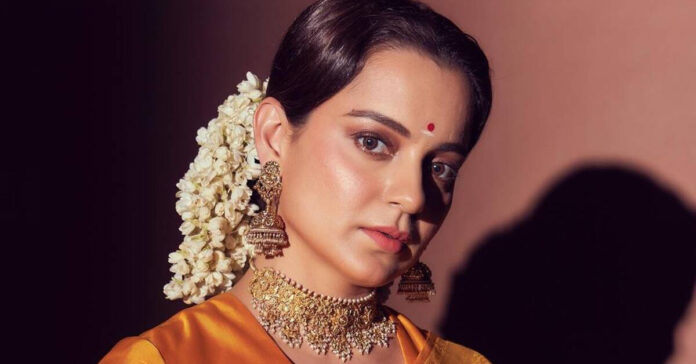 Kangana Ranaut, the controversial queen of India declared herself to be “India’s Most Powerful Woman”. According to the ANI report, a plea was filed against her demanding censorship of her social media post.

Reacting to the plea filed against her, she declared herself as the ‘most powerful woman’ in India.

As per ANI, the plea is submitted for censorship of the actor’s future posts in the social media. The plea also mentions that her posts may affect the law and order situation in the country.

Earlier, Kangana Ranaut’s Twitter was suspended this year for violating the rules repeatedly.

The plea also says that all the FIRs registered against Kangana fro her remarks on farmers’ protest should be sent to the Khar police station and the chargesheet should be filed within six months.

Subsequently, Kangana took to Instagram and post the news report on her story. The write up she wrote was “Ha Ha Ha most powerful woman in this country”. Moreover, she added an emoji of a crown on the post.