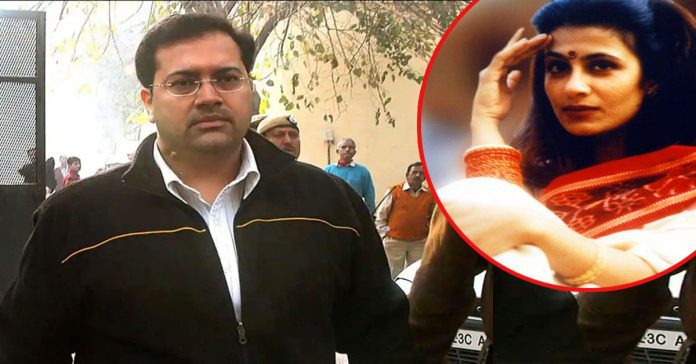 Jessica Lal Murder case convict Manu Sharma, who is serving life sentence at Tihar Jail has been given approval to be released untimely by Delhi Lieutenant Governor Anil Baijal.

The Lieutenant Governor of Delhi has approved the premature release of Manu Sharma, the prime accused in the infamous Jessica Lal murder case, along with 18 others.

Manu Sharma has been imprisoned in the murder of model Jessica Lall for 17 years, but was released from Delhi’s Tihar Jail on June 1 after a recommendation was made the Sentence Review Board. The recommendation has now been approved by Delhi LG Anil Baijal.

On May 11, the Delhi Sentence Review Board (SRB) which comes under the Delhi government had recommended a premature release of Manu Sharma, who was serving life imprisonment in the 1999 killing. Sources said that the recommendation was made at a meeting of the SRB chaired by Delhi Home Minister Satyendar Jain.

“Over 1,000 people have been released on parole so far. Thirty-seven cases came up based on merit (in the SRB”s meeting). Twenty-two cases were fit for release based on the prescribed criteria,” a Delhi government official had said.

Sharma’s plea for premature release was placed before the Sentence Review Board, for the sixth time. This Board comes under the Delhi government.

Sharma, son of former Union minister Venod Sharma, was convicted and sentenced to life imprisonment by the Delhi High Court in December 2006 for killing Jessica Lal in 1999. “Manu Sharma fulfils all parameters as required for premature release,” his lawyer Amit Sahni said.

A trial court had acquitted him, but the high court reversed the order and the Supreme Court later upheld his life sentence in April 2010.

Jessica Lal was shot dead by Sharma after she had refused to serve him liquor at the Tamarind Court restaurant owned by socialite Bina Ramani at Qutub Colonnade in South Delhi”s Mehrauli area on the night of April 30, 1999.