JEE Main 2020: After a dull start, attendance picks up for Paper II as 81% students show up 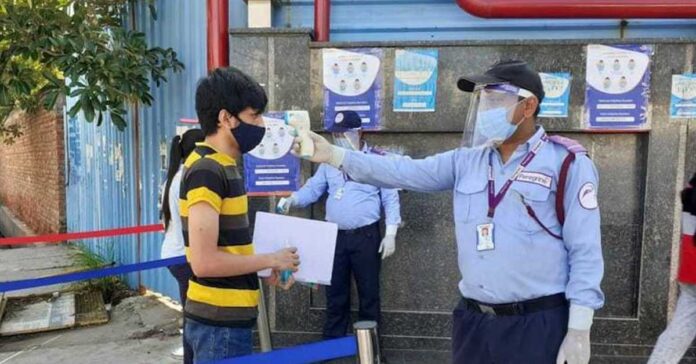 JEE Main 2020 Paper II started from September 2. While only about 51 per cent registered candidates had appeared for the examination, about 81.6 percent candidates appeared for Wednesday and Thursday exams.

After a dull start that raised questions over the decision to conduct the examination, there seems to be merit in the claim that students were waiting to appear for the examination. Though the attendance on day 1 of the JEE Main 2020 exam was a dismal 51 per cent, the numbers improved on Wednesday and Thursday with over 80 per cent candidates showing up for the examination.

As many as 3, 46, 372 candidates were scheduled for the September 2 and 3 examination slots. The exam was conducted in morning slot from 9 am to 12 pm and the afternoon slot of 3 pm to 12 pm. Of the total, as many as 2, 82, 592 aspirants appeared for the examinations. Attendance on Day 1 had been about 54 per cent. NTA has shared the attendance numbers for the First three days of JEE Main.

Experts have pointed out that the low attendance rate on Day 1 could be because of the fact that the examination was for B.Arch and B. Planning. The examination for entrance to engineering courses – B.E and B.Tech however started on September 2 and would be conducted till September 6. Of the total 8.67 lakh registrations, 7.46 lakh candidates had applied only for Paper I. Check | JEE Main September 3, 2020 Paper Analysis and Student Reactions

The matter, however, soon took on a political hue when Chief Ministers of 6 states with non-BJP government came out against the Central Government’s decision to conduct the examination. A review petition was filed in the Supreme Court which would be heard today. Meanwhile, about 1.5 lakh students are likely to appear for the examination today.