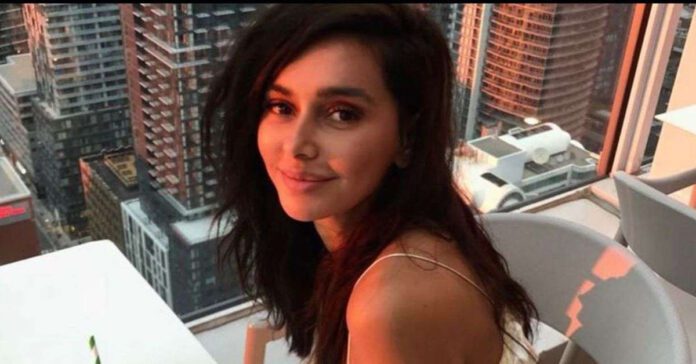 Shibani Dandekar, VJ, Model, Actor, Anchor and friend of Rhea Chakraborty, slammed Ankita Lokhande and showed support for Rhea Chakraborty, her Wikipedia page was vandalized and her personality was mentioned to just being Farhan Akhtar’s girlfriend.

After Shibani Dandekar started making headlines for slamming Ankita Lokhande, Sushant Singh Rajput fans vandalized her Wikipedia page. On the page which was edited on Thursday evening, Shibani was called a ‘gold digging scumbag’ (a term which was given to Rhea Chakraborty post Sushant’s demise). The page has now been restored.

The description on the page of the TV anchor-actor stated that she was searching for a rich parasite, so she settled for ‘B-Grade oblivion actor’ Farhan Akhtar. The biography on her relationship status read, “Dandekar has been in a polygamous relationship with Bollywood actor Farhan Akhtar since 2018.”

The vandalized Wikipedia page was updated as – Shibani Dandekar was born on 27 August 1980. She is an Indian singer, actress, anchor and a gold digger scumbag. She began her flop-career working as a television anchor in American television.

Following her return to India, she began searching for a rich parasite who’ll be hosting some fame to her, so she settled for a B-Grade Oblivion Actor, Farhan Akhtar(50 years old). Other than being his temporary girlfriend, she pukes on Twitter with some 200K+ BOT-sycophants. She tweets stupid stuff without using her brain just to get fame , she has also shown support to criminals.”

Shibani had called out Ankita and deemed her as a “princess of patriarchy” while suggesting that she hasn’t dealt with her relationship issues with Sushant. She also added that the actress has played a “major role in this ‘witch-hunt’.”

Shibani wrote, “Such a grotesque letter by (Ankita). This princess of patriarchy who has never dealt with her own relationship issues with Sushant, clearly she wants her two seconds of fame and has capitalized on Rhea being targeted.

She has played a major role in this ‘witch-hunt’ and she needs to be called out! She also just needs to shut the hell up. Enough Ankita! No one has more hate in their heart (?) than you.”

Replying to another comment on her Twitter account, Shibani said, “This woman clearly wants her 2 seconds of fame and has capitalised on Rhea being targeted because she has had never dealt with her own relationship issues with Sushant.. she has been the driving force behind this and she needs to be called out!”

ALSO READ: Is Rhea Chakraborty in a relationship with Mahesh Bhatt or lacks common sense?