Infant Cry Led To Baby Boy Found Buried In UP, Foot Was Sticking Out 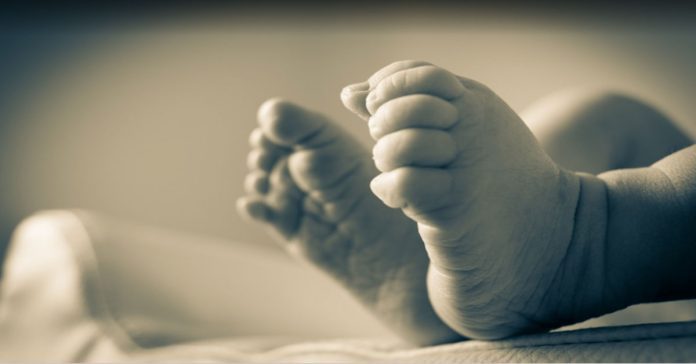 In Uttar Pradesh, Siddharth Nagar, the residents of village Sonoura district dug up  the mud and gently pulled out a newborn, a male.

When some people at a village in UP heard a infant cry led to baby boy found buried, they  started looking at the direction from where the sound came. Within no time they reached a bushy spot near a building where construction was going on.

On reaching there, they tripped upon a mound of mud and sand, from which the leg of a newborn stuck out.

The newborn was taken to a hospital immediately, where doctors cleaned him and checked for infection. The doctors said the newborn is stable, but he might have swallowed some mud.

A police case has been filed against an unidentified person in the district 260 km from state capital Lucknow.