Fact Check: Rahul Gandhi was not with the Chinese envoy in nightclub 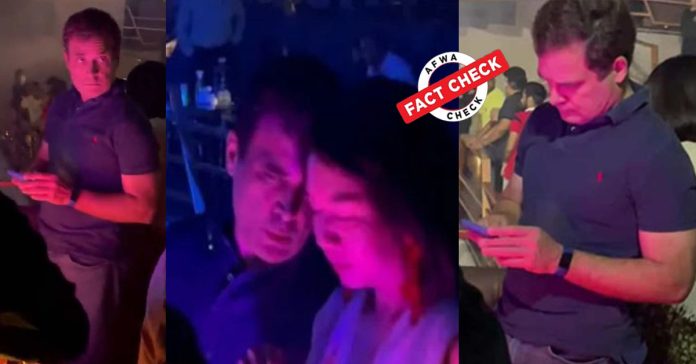 A video went viral on the social media of congress leader Rahul Gandhi in Khatmandu nightclub. This video attracted mixed reactions from all spheres of people. Most of them, especially, the ruling party, blamed Gandhi for partying, when his party is facing crisis.

However, others, especially his party members defended Rahul Gandhi for having a private life. They clarified that the 50-year old leader was attending a friend’s wedding in Khatmandu.

Netizens on the social media claimed that the woman seen with Rahul Gandhi in the nightclub was Hou Yangi, the Chinese Ambassador to Nepal. People were concerned and wondered, why

Rahul met a supposed Chinese envoy in a nightclub. Furthermore, they were more concerned about what they were talking.

However, the fact checking websites found out that the woman in the video was a friend of the bride at the wedding that Rahul Gandhi was attending in Nepal. She was not a Chinese diplomat.

According to India Today’s factcheck, the nightclub seen in the video was Lord of The Drinks, a popular pub in Kathmandu. Rabin Shrestha, the CEO of Lord of the Drinks, confirmed to India Today that Gandhi visited the pub on May 2 along with five or six people. He also confirmed that no Chinese ambassador was present along with Gandhi during his visit. “He [Rahul Gandhi] was here for one and half hours. It was his personal visit. Nobody from the Chinese embassy was present with him,” said Shrestha.

Shreshta, when asked about the identity of the lady seen with Gandhi in the viral video, said she was a friend of the bride who was also invited to the wedding ceremony. “Of course, she was not the Chinese ambassador.”