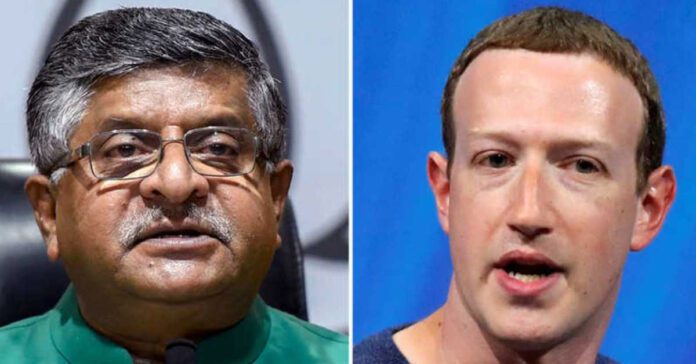 Ravi Shankar Prasad writes to Mark Zuckerberg, says Facebook staffers abused PM Narendra Modi on record. In a hard-hitting letter, Prasad alleged that ‘facts are being spun by selective leaks’ from the company.

Law Minister Ravi Shankar Prasad, wrote to Facebook CEO Mark Zuckerberg on Tuesday and complained of ‘bias’ against certain ideologies. In a hard-hitting letter, Prasad complained that Facebook staff abused PM Narendra Modi and Cabinet ministers of India and resulted in a political bias of the platform.

Prasad said in a three-page letter to Zuckerberg that it is difficult when Facebook employees are abusing the Prime Minister and senior Cabinet Ministers of India, while they are still working in Facebook India and managing important positions. It is even more troublesome if the individuals project their bias using the platform.

Prasad alleged that ‘facts are being spun by selective leaks’ from the company and said that he had proofs that in the run-up to 2019 General Elections in India, the Facebook India management not just deleted pages or substantially reduce their reach but also offer no recourse or right of appeal to affected people who are supportive of the right-of-centre ideology,”

Prasad’s letter comes on the backdrop of an ongoing controversy over a Wall Street Journal (WSJ) report, which cited that Ankhi Das, head of public policy for Facebook in India posted messages showing leaning towards the BJP. The executive also lauded PM Modi as a strongman.

The WSJ report cited that the messages were posted on a group created for the company’s employees in India. The report surfaced amid allegations by the Congress party over ‘BJP bias’ of its India unit.

Earlier today, Congress leader Rahul Gandhi demanded punishment for the ‘guilty’. “No one, let alone a foreign company, can be allowed to interfere in our nation’s affairs. They must be investigated immediately and when found guilty, punished,” Gandhi tweeted.