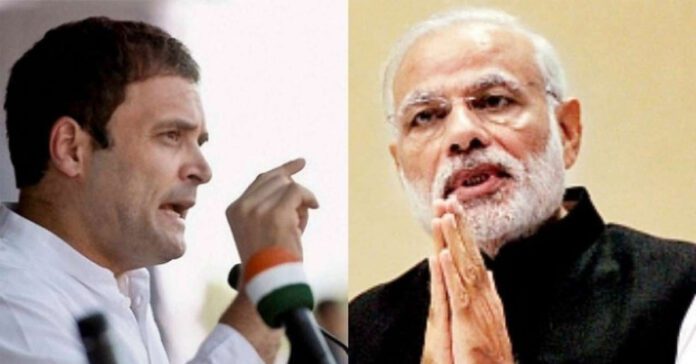 The Congress leader said – the country is trapped in the disasters made by Modi; Economy and 6 issues including border intrusion.

Congress leader Rahul Gandhi has once again targets Prime Minister Narendra Modi on the issue of corona, economy and China’s infiltration. Rahul tweeted on Wednesday and said that India is trapped in the midst of Modi Made Disasters.

India is reeling under Modi-made disasters:

Rahul had targets the government also 3 days ago. A video was released by the Congress leader on August 30, expressed how the Indian economy is in a huge recession for the first time in 40 years. The people who are passive are blaming God for it.

The decisions taken regarding ‘Demonetization, wrong GST and Lockdowns are 3 great examples of attacks on the in-formal economy.

In turn the BJP had made a sarcasm and suggested to Rahul to release a video of G-23. The BJP said this while taking a dig at the ongoing discord in the Congress.

G-23 meant the 23 Congress leaders who wrote a letter to Sonia Gandhi stating the need to make major changes in the party.

ALSO READ: Why is Rahul Gandhi not the best alternative of Congress to Narendra Modi