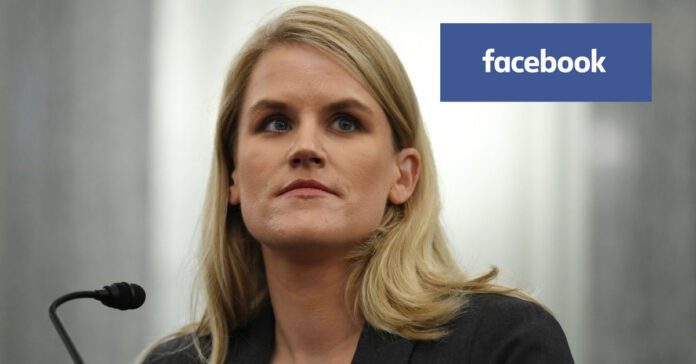 She left the nearly $1Trillion company, which has tens of thousands of confidential documents. Reportedly, she left her job because she felt that the teenagers are getting addicted to the Social media. She blames Facebook of creating such algorithms that hack the minds of the teenagers.

She claims that she could not convince her conscience and hence took this bold move to quit the company and also tell the world about the dangers.

Furthermore, she complained that “the company’s leadership knows how to make Facebook and Instagram safer, but won’t make the necessary changes because they have put their astronomical profits before people. Congressional action is needed.”

However, Mark Zuckerberg, the CEO of Facebook, hit back at the testimony of the Whistleblower. He says that her claims that she makes that company puts profits over people’s safety are ‘just not true.’

Claims are just not true

He added, ”the argument that we deliberately push content that makes people hungry for profit is deeply illogical. We make money from ads, and advertisers consistently tell us they don’t want their ads next to harmful or angry content”.

Zuckerberg said many of the claims made by Haugen, “don’t make any sense. If we wanted to ignore research, why would we create an industry-leading research program to understand these important issues in the first place?”

Zuckerberg said that “the new algorithm in 2018 was implemented because it increased well being. He further added that “this change showed fewer viral videos and more content from friends and family- which we did knowing it would mean people spent less time on Facebook.”

“But the research suggested it was the right thing for people’s well being. Is that something a company focused on profits over people would do?”

Opening up about the Monday’s platform outage, Mark Zuckerberg said “The deeper concern with an outage like this isn’t how many people switch to competitive services or how much money we lose, but what it means for the people who rely on our services to communicate with loved ones, run their businesses, or support their communities.”

Mark Zuckerberg, CEO of Meta responds on mass layoffs and calls himself responsible for the layoffs in...
International