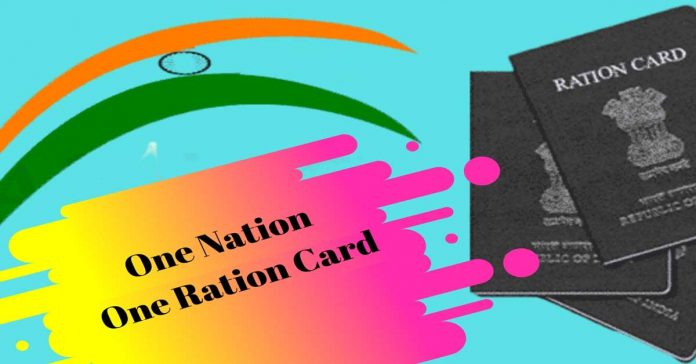 The Central government started the One Nation One Ration Card facility as inter-state portability of ration cards in four states in August last year. Since then, a total of 20 States/UT have been integrated together into a national portability cluster from June 2020. Thus, this facility is currently enabled for NFSA cardholders in 20 States, UTs.

Trial and testing in four more states/ UTs of Jammu & Kashmir, Manipur, Nagaland and Uttarakhand have been completed for enabling national portability features under One Nation One Ration Card in these states.

Now, trial and testing in four more states and UTs of Jammu & Kashmir, Manipur, Nagaland and Uttarakhand have been completed for enabling national portability features under One Nation One Ration Card in these states very shortly.

Besides, the required web-services for inter-state transactions and their monitoring through central dashboards have also been activated for these States and UTs. All other States and Union Territories are targeted to be integrated before March 2021.

It is worth mentioning that the One Nation One Ration Card facility is an ambitious plan and endeavour of Department of Food & Public Distribution to ensure the delivery of food security entitlements.

It is for all the beneficiaries covered under the National Food Security Act (NFSA), 2013, irrespective of their physical location anywhere in the country, by implementing nation-wide portability of ration cards under the ongoing central sector scheme on ‘Integrated Management of Public Distribution System (IM-PDS)’ in association with all States/UTs.

Through this system, the migratory NFSA beneficiaries, who frequently change their place of dwelling in search of temporary employments, etc. are now enabled with an option to lift their entitled quota of food grains from any Fair Price Shop (FPS) of their choice anywhere in the country by using their same/existing ration card with biometric/Aadhaar based authentication on an electronic Point of Sale (ePoS) device installed at the FPSs.

Thus, installation of ePoS devices at the FPSs and Aadhaar seeding of beneficiaries for biometric/ Aadhaar authentication are the main enablers of this system, which can be accessed by beneficiaries by quoting either their ration card number or the Aadhaar number to any FPS dealer across the country.