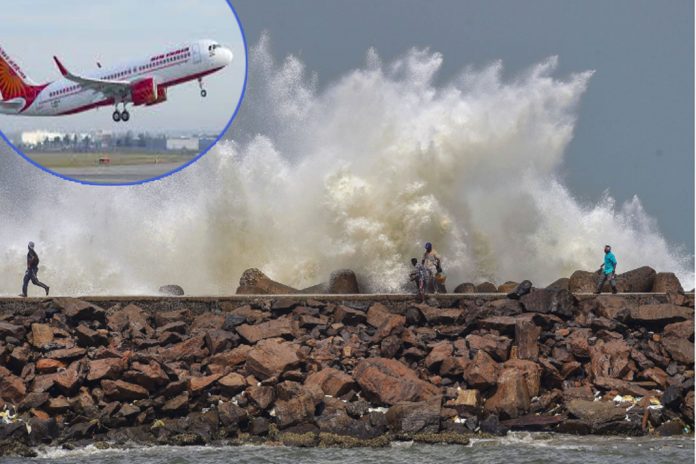 Cyclone Amphan, one of the worst storms over the Bay of Bengal has weakened into an extremely severe cyclonic storm on Tuesday. It is expected to make landfall on Wednesday afternoon. It is likely to hit Bengal this evening between 4PM and 6PM.

Cyclone Amphan is currently located 110 km from Paradip in Odisha. Cyclone Amphan, cramming high-velocity winds, will make landfall close to Sundarbans between West Bengal’s Digha and Bangladesh’s Hatiya Islands. The wind speed during the landfall of cyclone Amphan is expected to be 165-185 kmph gusting to 200 kmph.

While cyclone Amphan has weakened into an extremely severe cyclonic storm, dumping heavy rains in several parts of Odisha and West Bengal, it still carried enough force to pulverise coastal districts of the two states.

As the officials anticipate massive destruction, when the cyclone strikes, more than four lakh people have been evacuated to safety in both the states.  It is the second super cyclone on record that has formed over the Bay of Bengal.

Amid fears of heavy damage to houses and crops and disruption of road, rail and power links, the West Bengal and Odisha state governments on Tuesday necessary steps are being taken in vulnerable areas.

Indian navy is on ‘high alert’ on the east coast for the relief efforts.