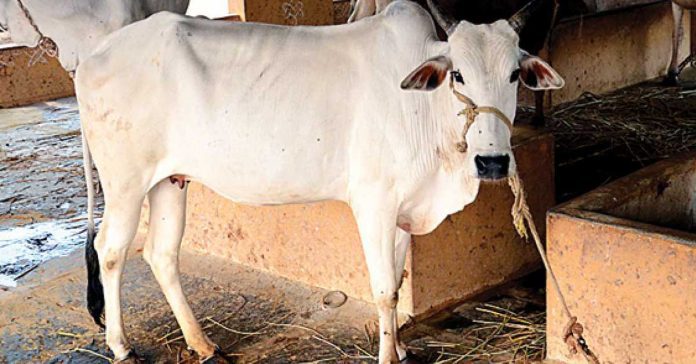 A couple allegedly butchered a pregnant cow for meat illegally, near Uthukottai town in Tamil Nadu on Saturday. Sai Vignesh of Almighty Animal Care Trust, had reported to the Tiruvallur police, about the cow slaughter.

Unfortunately, the couple had slaughtered the pregnant animal already before the deputed team of cops reached there.

The accused couple have been identified as Raghu and Sarala. Nothing much to do, the Police have seized meat from their possession. They were arrested and booked under sections 188, 270, 273 of the Indian Penal Code and Prevention of Cruelty to Animals Act. Later, they were released on bail.

Sai Vignesh said that over ten cows have been rescued by them from getting slaughtered in Trivallur district. “There are guidelines for slaughterhouses which permit bulls and buffaloes of a certain age only for slaughter. While slaughtering cows and calves for meat is banned, people kill young ones for meat,” .

.ALSO READ: Barbarians in Telangana hanged monkey to death from tree as other cheer