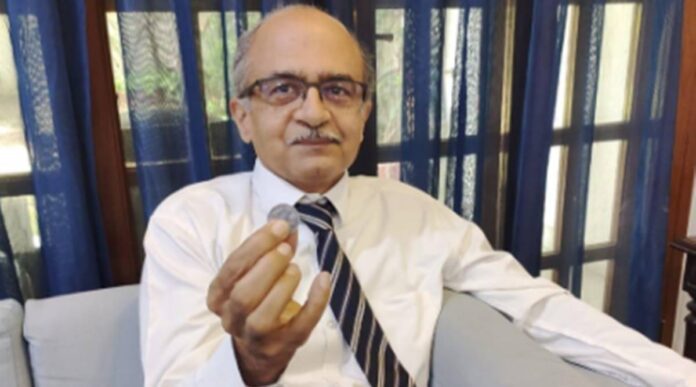 Prashant Bhushan will be barred from practising for 3 years and will be imprisoned for 3 months, in case of default, of not paying Re 1/-  This was pronounced by the SC while giving the verdict on the quantum of sentence in contempt case.

Lawyer and activist Prashant Bhushan was punished in connection with the contempt of court case against him, for which the SC on Monday imposed a token fine of Re 1

Bhushan was directed to deposit Re 1 fine with its registry by September 15 by the Apex court.

In case of default, Bhushan will be barred from practising law for three years and will be imprisoned for three months, the top court said while pronouncing its verdict on the quantum of sentence.

During the course of hearing, Justice Mishra said that Bhushan had interfered in the functioning of the judiciary, adding that freedom of speech can’t be curtailed but rights of others need to be respected.

Following the verdict, Bhushan said that his lawyer contributed Re 1 immediately after the contempt judgement.

He will address a press conference at 4 pm.

The apex court had on August 14 held Bhushan guilty of contempt of court over his derogatory tweets against the judiciary, saying they cannot be said to be a fair criticism of the functioning of the judiciary made in the public interest.

ALSO READ: Prashant Bhushan – A man who opened a can of worms.