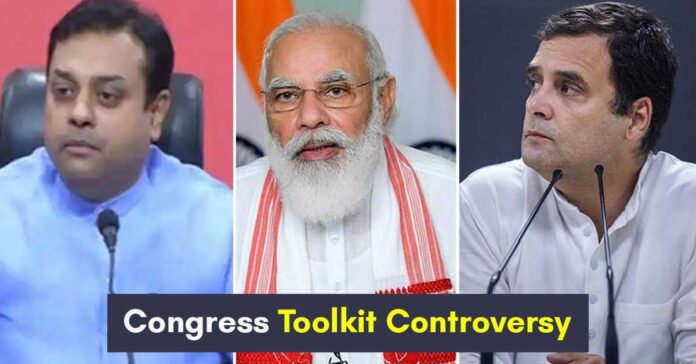 However, the Congress has denied it to be a fake document. The Congress also warned the BJP leaders that they will file a case of forgery against them.

The BJP has shown a document which is claimed as the toolkit made by Congress. They alleged that the Congress leaders are hand in gloves with ‘foreign journalists’.

Moreover, Sambit Patra also alleged that Congress helping the needy during this pandemic is only a PR stunt. He said “Congress is doing a Public Relations exercise with a help of few friendly journalists and influencers than a soulful endeavor”

They claimed that Congress leaders were deliberately highlighting the lack of beds, oxygen and medicines. BJP leaders said that the Congress spread hatred by criticizing the Central Vista Development Project.

BJP claimed that the Congress was doing all this  to gain importance and tarnish the image of the Prime Minister Narendra Modi during this Pandemic.