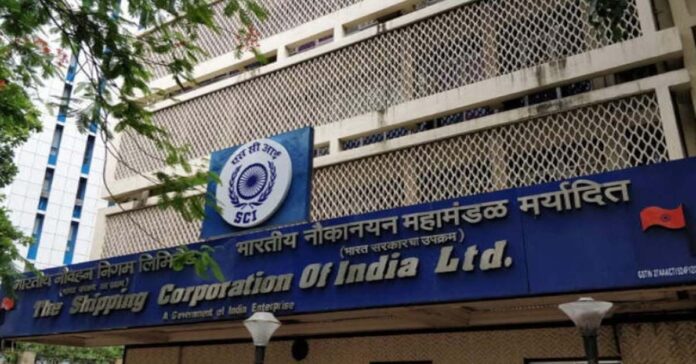 Centre plans to sell nearly 296.9 million shares valued at about ₹2,500 crores of Shipping Corporation of India, which is India’s largest shipping company.

The Union Finance Ministry has invited bids to sell its 63.75 per cent stake in Shipping Corporation of India (SCI), on Tuesday, December 22. It has also promised the transfer of management control to a private investor. This bid was supposed to be invited long ago but the asset sale was delayed due to the coronavirus pandemic.

The Centre plans to sell nearly 296.9 million shares valued at about ₹2,500 crores of SCI, India’s largest shipping company. The Department of Investment and Public Asset Management (DIPAM), under the guidance of the Centre has also issued a Preliminary Information Memorandum (PIM) for potential buyers. It is reported that the deadline for submitting initial bids is February 13. The bids can be submitted individually, or as a part of a consortium.

The Cabinet Committee on Economic Affairs (CCEA) has given the in-principle approval to the department in November last year. Unfortunately, the plans were delayed due to the coronavirus outbreak.

Currently the stock prices of SCI’s total market value is about ₹4,000 crores. The shares are up by 3 per cent at ₹85.30. RBSA Capital Advisors LLP and its transaction advisor have been appointed for the disinvestment process, by the government.

The Centre has raised ₹12,380 crores through disinvestment (minority stake sale in Central Public Sector Enterprises) and share buybacks this year. The 2020-21 budget has set the disinvestment target of ₹2.1 lakh crore.

Apart from Shipping Corporation of India, the sale process of Bharat Petroleum Corporation Limited (BPCL) and Air India is is also going on with both companies attracting “multiple” Expressions of Interest (EoI) from potential buyers.

Reports say that, Vedanta Group and DPW (Dubai Ports World) are the potential buyers. While DPW, as a terminal operator, may see some synergies in tying the SCI to its operations, Vedanta may be interested in using its fleet for its mining and energy businesses, the media report read.