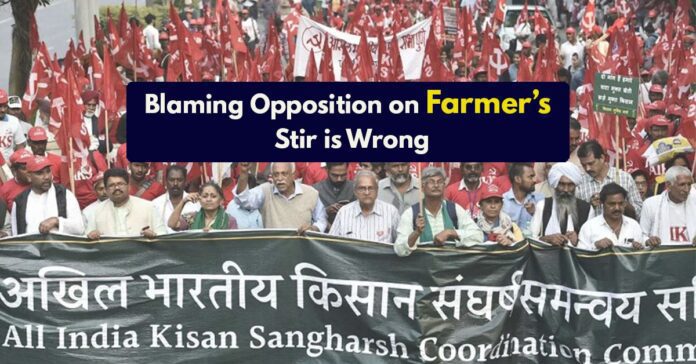 Prime minister Narendra Modi had accused the opposition parties of misleading farmers over the three farm laws for which AIKSCC‘s wrote a letters to PM and the Agriculture Minister.

The All India Kisan Sangharsh Coordination Committee, wrote letters addressing Prime Minister Narendra Modi and agriculture minister Narendra Singh Tomar, on Saturday. The letter from the Farmers’ union asserted that the ongoing farmers’ protests are not affiliated to any political party.

AIKSCC, is one of the 40 unions protesting at several Delhi border points for the 23 last days. It is asserted in its letter to the prime minister, “The truth is that the farmers’ agitation has forced political parties to change their views and your (PM’s) claim that political parties fueled it (protest) is wrong,”

In the open letter the agriculture minister, Tomar had accused the Congress and other opposition parties of spreading falsehood about the new farm laws, on Thursday. The farmer union alleged that the minister was diverting the main issues of farmers from the discussion.

Mr. Tomar had also appealed to the agitating farmers not to get influenced by these “white lies” and said that the Centre was ready to address all their concerns.

The minister, in an eight-page open letter to farmers, had said the Modi-government was committed to their welfare and stressed that the new legislation were aimed at benefitting small and marginal farmers.