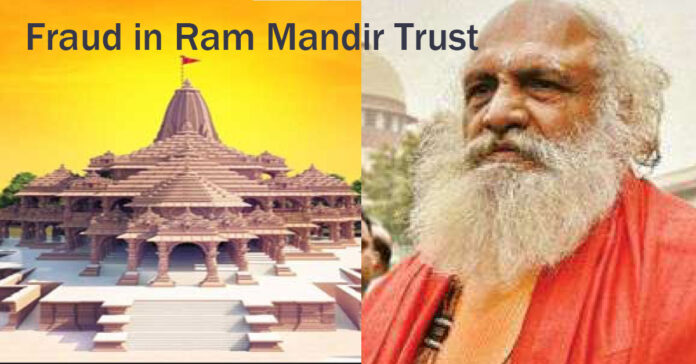 Mahant Dharam Das of the Nirvani Akhada lodged a police complaint about fraud in Ram Mandir Trust. He said that the Trust is “betraying” people and the devotees of Ram. He alleged that they are “committing fraud” while purchasing land for the temple.

Furthermore, Mahant alleged that donations are being misused. Hence, he feels that religious leaders in Ayodhya should be given the responsibility of running the shrine.

In his complaint, Mahant named all of the Trust’s members and office-bearers, including general secretary Champat Rai and member Anil Mishra, Ayodhya mayor’s nephew Deep Narayan, Rajkumar Dar of Ram Ballabhakunj, and sub-registrar SB Singh. Though the police have received the complaint from Mahant, the police are yet to register a case.

However, the Trust has nullified all these allegations after the opposition parties raised them in July. They said that no evidence of irregularities were found. It said that a team scrutinized all the documents related to the land deals.

Earlier, Mahant Dharam Das alleged that the funds collected for the construction of the temple had been misused and demanded the immediate sacking of Champat Rai.