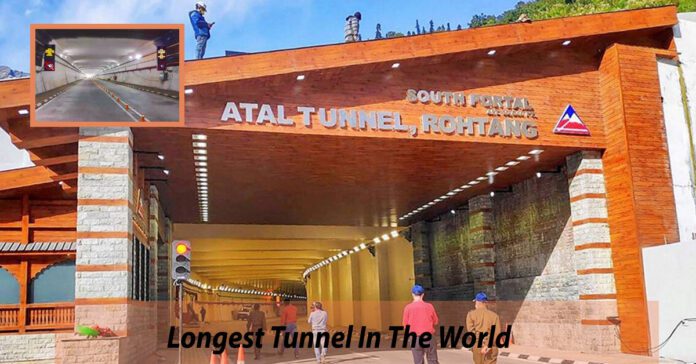 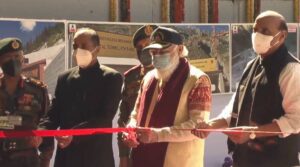 This is the longest tunnel in the world. The 9.02Km long tunnel connects Manali to Lahaul-Spiti valley throughout the year. The tunnel is expected to reduce the distance between Manali and Leh by 46Km.The Tunnel is built with ultra-modern specifications in the Pir Panjal range of Himalayas at an altitude of 3000 Mtrs from Mean sea level.

It is a horseshoe-shaped, single tub double lane tunnel with a roadway of 8Mtrs. The tunnel has been designed for traffic density of 3000 cars per day and 1500 trucks per day with max speed of 80Km/hr.

Atal tunnel will give new strength to India’s border infrastructure. It is an example of world-class border connectivity. There have been demands to improve border infrastructure but for a long time, such projects either couldn’t get out of planning stage or got stuck midway – PM Modi said. PM Modi said that, not only Atal ji’s dream is fulfilled, the decades-old wait for people of Himachal Pradesh has ended today. 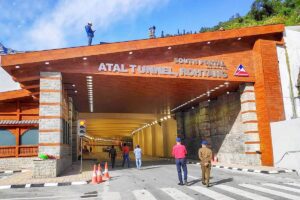 The Atal Tunnel is a great technical achievement for our country. Atal tunnel is going to become the lifeline of Himachal Pradesh.