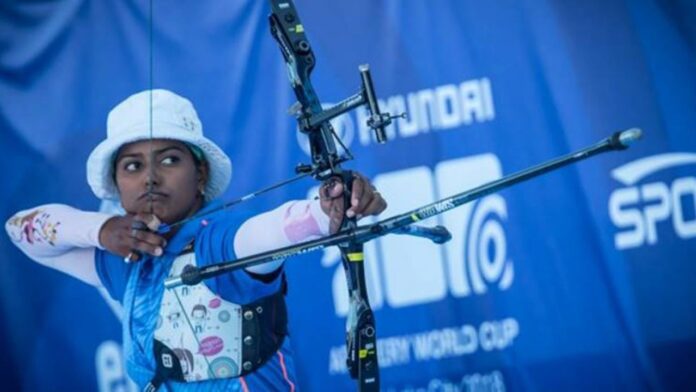 Deepika kumari has become the face of archery in India. She has won two gold medals at the Delhi Commonwealth Games in 2010.

As a child, Deepika Kumari used to aim at the fruits on the mango trees with stones and catapult. She comes from a family which was below the poverty line. They didn’t have enough food to eat too.

Deepika took her passion for the sport seriously and enrolled herself in an academy. She had to take such a decision due to her family’s poverty.

Deepika had to overcome many odds to reach the top in archery. Her determination, hard work and passion made her the top-ranked archer in the world.

She won the 11th Youth World Archery Championships in Ogden City, Utah, US, in 2009, when she was just 15 years. She won, two gold medals at the Commonwealth Games in New Delhi, a year later.

She was unable to lead up to the London Olympics in 2012. She crashed out in the first round. She could not face the windy conditions and her fever that she carried into her match. Deepika had to face many disparaging reports in the Indian media that trashed her abilities altogether.

Wading through all the good and bad in her life, she clinched gold in the recurve event at the World Cup at Salt Lake City in the US in June 2018.