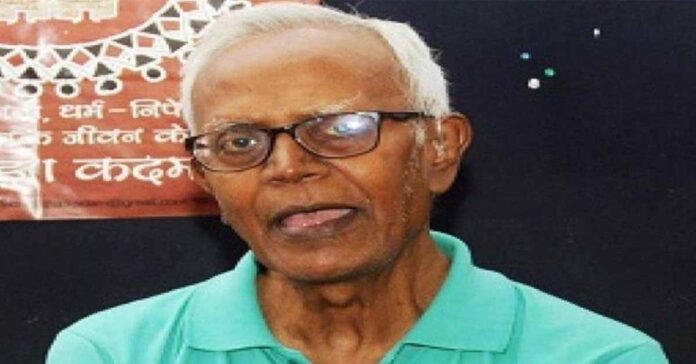 Subsequently, the hearing of his request was scheduled 20 days later as the prosecution needed time. However, the matter was heard on November 26 when the National Investigative agency told the court that it did not confiscate Swamy’s straw and sipper when he was arrested.

Then a group of lawyers sent sippers and straws to jailed activist Stan Swamy at Mumbai’s Taloja prison. These lawyers urged the authorities to allow him to drink water with dignity.

A new petition was filed requesting a straw, sipper and winter clothes. The fresh plea scheduled to be heard on December 4.

The lawyers wrote a letter to the superintendent of the prison in Navi Mumbai, in which they said that the conditions of a person’s detention must be humane. They urged the jail authorities to make arrangements for all inmates as per the jail manual who have special medical needs.

In the letter they urged that Father Stan Swamy, should be facilitated with dignified drinking of water. They wrote that ‘we are sending this plastic Sipper and paper straws, which we believe are permissible as per the Jail Manual and cannot cause any harm.’

It was shocking to hear that National Investigation Agency has asked the special court to give it 20 days to respond to Swamy’s request for a sipper and winter clothes.

Several citizens and groups have started a huge campaign on social media to send sippers and straws to Swamy.

Swamy was arrested by the NIA in Ranchi on October 8 and was brought to Mumbai the next day. He was accused of being a member of the banned Communist Party of India (Maoist) and being involved in a conspiracy to instigate caste violence in the Bhima Koregaon village near Pune in 2018.

Several organisations and citizens have called for Swamy’s release. They allege that Swamy’s arrest as a selective targeting.

Swamy is not the only undertrial in the Bhima Koregaon case with a serious medical condition. Telugu poet Varavara Rao’s health is also critical, hence had to be shifted to Nanavati hospital for 15 days, as he was almost on death bed.

The NIA took over the investigation in the Bhima Koregaon case from the Pune Police in January. All the cases have been booked for allegedly delivering inflammatory speeches at the Elgar Parishad conclave at Shaniwar Wada in Pune on December 31, 2017.

It is alleged that these speeches triggered violence at the Bhima Koregaon war memorial on January 1, 2018.

The Bhima Koregaon Case is back in the headlines now. The death of the Jesuit priest and...
News