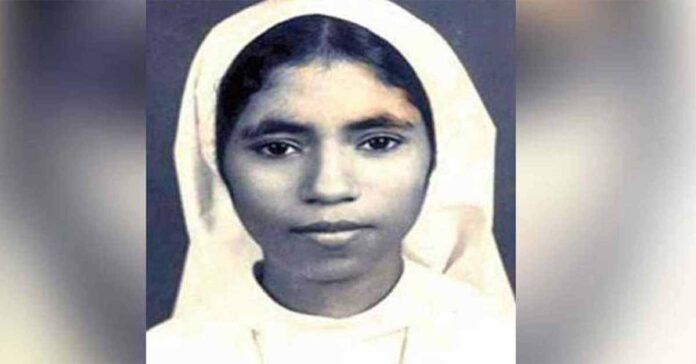 Sister Abhaya Murder Case: The 21 years old nun Abhaya was murdered and her body was dumped inside the well of a convent in Kottayam in 1992.

A special CBI court in Kerala’s Thiruvananthapuram delivered its verdict in a 28-year-old case of a nun’s murder. The court held a priest and a nun guilty of killing her. The 21 years old nun Abhaya was murdered and her body was dumped inside the well of a convent in Kottayam in 1992.

Father Thomas Kottoor was a Vicar and used to teach psychology to Sister Abhaya at Kottayam’s BCM College. Kottoor later became Chancellor of the Catholic Diocese in Kottayam. He was also the Secretary to the then Bishop.

Sister Sephy, the other convict, was the de facto in-charge of the hostel then and stayed in the same hostel as Sister Abhaya.

Both have been found guilty of murdering the nun and destructing the evidence. Father Thomas Kottoor has also been convicted of house-trespassing. The quantum of punishment will be delivered tomorrow.

Jomon Puthenpurackal, a human rights activist, the lone surviving member of the panel that fought to pursue justice in the murder case, said: “Sister Abhaya’s case has finally got justice. She will rest in peace. This is a classic example of how no one should think that just because they have power – money and muscle power – they can de-rail justice.”

As per the CBI, Sister Abhaya, was a witness to the intimate contacts between Kottoor, another Father, Jose Poothrikkayil, and Sephy on March 27, 1992, as she went from her hostel room to the kitchen at around 4.15 AM.

Sister Abhaya was hit with a blunt object and her body was thrown into the well to cover-up the crime, by the accused, between 4:15 AM and 5 AM.

Poothrikkayil, one of those initially accused, was acquitted two years ago but the discharge petitions of the other two – Kottoor and Sephy – were rejected, by a special CBI court.

The police and crime branch labelled the incident as “death by suicide”. However, the case was transferred to the CBI after protests and petitions.

Court had rejected the first three final reports presented by the CBI as the court wanted a more thorough investigation.