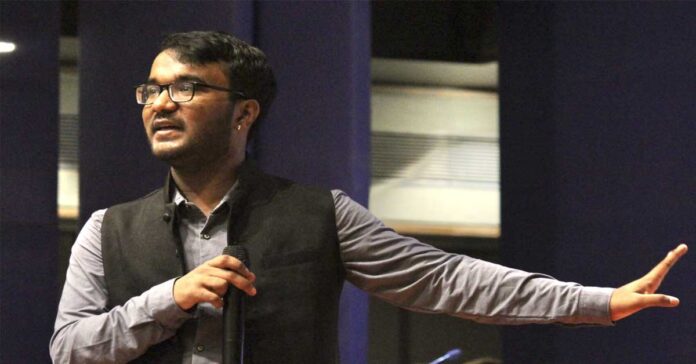 Twenty-year-old boy Neelakanta Bhanu Prakash from Hyderabad has emerged the fastest human calculator in the world. He graduated in Math from St Stephen’s College, Delhi.

He was the first Indian who won gold in the Mental Calculation World Championship at the Mind Sports Olympiad held in London this week.

He competed in the competition with 30 participants from 13 countries including the UK, Germany, UAE, Lebanon, France and Greece and reached the top in the first attempt itself. Showing his prowess as a mathematical whiz kid from the age of five itself, Bhanu Prakash had enrolled himself for SIP Abacus programmer.

He said for him more than a cash prize, what it matters is recognition. His achievement is going to be framed in the Global Hall of Fame. His achievement has come quite as a coincidence at a time when a biopic on another mathematics genius from India, Shakuntala Devi, is making waves on OTT platforms.

He has his own start-up Exploring Infinities (EI). The company is working with the Government of Telangana and through them, with students studying in government schools. His company has reached out to different educational institutions, and the students are trained by them.

They learned speed and cognitive ability development by harnessing infinite potentials of the human brain through gamified learning modules on mobile apps.

He added his goal is to change the way Math is taught. His aim is to produce mathematical geniuses from government schools in Telangana.