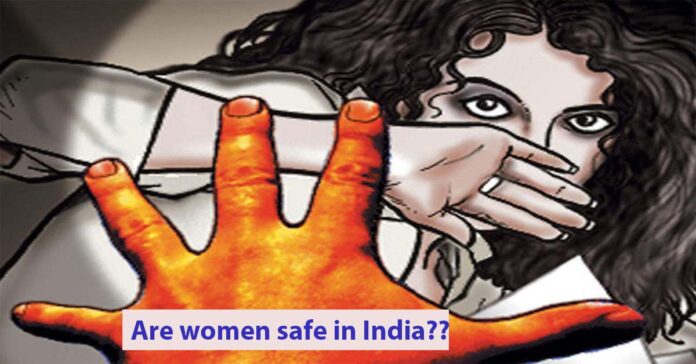 The latest report by NCRB, ‘Crime in India’ 2019,  shows shocking figures about how women are vulnerable to cruelty every hour.

The National Crime Record Bureau (NCRB) has released its 2019 ‘Crime in India’ report and it has thrown some shocking facts and figures about how vulnerable women are in India. The report released on Tuesday indicated how the women in India are increasingly becoming unsafe.

The latest case before us is the Hathras gang-rape and murder where a 19-year-old Dalit girl was brutally violated by four upper-caste men in Uttar Pradesh. The girl, who was allegedly raped on September 14, died at Delhi’s Safdarjung Hospital on Monday during treatment.

The latest NCRB report further reveals how a woman is raped every 16 minutes in India, while a dowry death occurs every hour.

The data further shows that a woman is subjected to cruelty at the hands of her in-laws or husband every four minutes, said a report in News18 online.

The 2019 NCRB report further reveals that a woman becomes a victim of an acid attack almost every two days.

While a woman is gang-raped and murdered every 30 hours in India. A woman faces a rape attempt every two hours. The case of assault with intent to outrage a woman’s modesty is reported every six minutes.

What is more shocking, according to NCRB data, is that a woman becomes a target of trafficking every four hours.

ALSO READ: A 19- year old Dalit woman succumbed after she was gang raped by four men