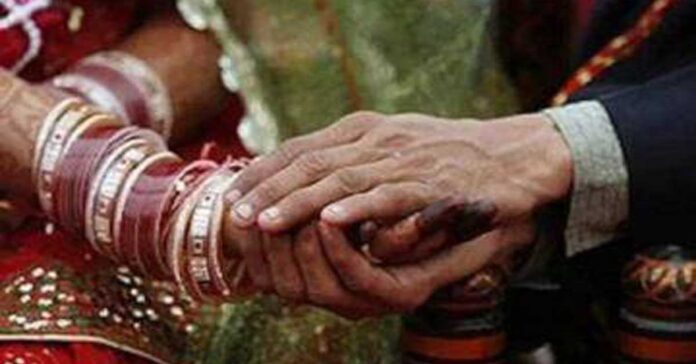 A woman, identified as Monica Malik, duped a 66-year-old construction contractor weeks after tying the knot with him. Ghaziabad police have registered a case against this woman.

This woman chose her road to wealth through matrimony.

A woman allegedly tied the knot with eight senior citizens in the last ten years and decamped with their cash and jewellery. The Bollywood film-like fraud came to fore after the ‘looteri dulhan’ recently duped a 66-year-old construction contractor from UP’s Ghaziabad of valuables worth Rs 15 lakh weeks after the nuptials.

The construction contractor, identified as Jugal Kishore, is a resident of Ghaziabad’s Kavi Nagar locality. Loneliness hit him hard after his wife passed away last year and his son chose to live in a separate house. He came across an advertisement by Delhi-based matrimonial agency- Khanna Vivah Kendra in a newspaper. The agency, in its advertisement, promised to find matches for senior citizens and divorced individuals.

As Kishore was craving companionship, he contacted the agency. The owner of the agency, Manju Khanna, introduced him to Monica Malik- “the perfect bride for him”. Monica told him that she is a divorcee. After a courtship of a few weeks, the duo got married in August 2019.

The couple began living together in Kishore’s Kavi Nagar residence. However, Kishore’s marital bliss did not stay for a long time. Nearly two months after the marriage, Monica vanished from the house with jewellery and cash.  “On October 26, 2019, Monica fled with valuables worth Rs 15 lakh.”

Subsequently, Kishore approached the matrimonial agency. Its owner threatened to lodge a false case against Kishore and also demanded money. Later, Kishore found out about Monica’s previous husband and learnt that he was also duped in a similar manner.

Kishore then approached the police and lodged a complaint against the devious bride. During the initial investigation, police have found that Monica had duped eight senior citizens using the modus operandi in the last 10 years. She had vanished with their valuables, including cash and jewellery, weeks after the nuptials. All her marriages were fixed by Khanna Vivah Kendra.