What is Signal app and why is it trending? 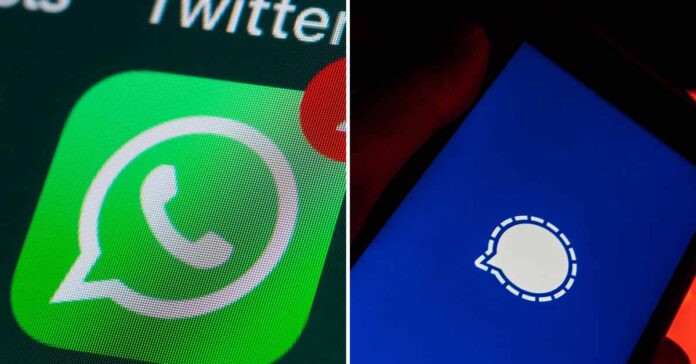 The Signal app and Signal Advance are two different companies. This was clarified by the Signal App through the Twitter handle.

Signal has been trending on all social media platforms after messaging application WhatsApp updates its privacy policy this year. More and more people started to talk about Signal app now as the whatsapp has revealed more on its data-sharing policy with Facebook.

It was observed that the stocks of Signal Advance, which has nothing to do with Signal app, the one which is trending, surged 527% on Thursday and another 91% on Friday.

Hence, the Signal app on Saturday tweeted and clarified that Signal Advance and Signal app are two different companies.

Tesla CEO Elon Musk, overtook Jeff Bezos as the world’s richest person, suggested his followers on Twitter to join Signal, which is an alternative to texting apps like WhatsApp, Facebook messenger etc.

Here is all you need to know about Signal App:

> Signal has been there since 2014. Its tagline is ‘say hello to privacy’.

> It is available for iPhone, iPad, Windows, Mac and Linux.

> The app was created by Signal Foundation which was set up by former WhatsApp co-founder Brien Acton who left WhatsApp in 2017.

> Signal is free to use and has similar features like WhatsApp.

> However, it does not allow to back up chats to Google Drive or iCloud.

It does not allow groups to add people automatically unless the individuals give their assent.