“Twist For Insurance Money”: UP Cops Point At Family On Topper’s Death 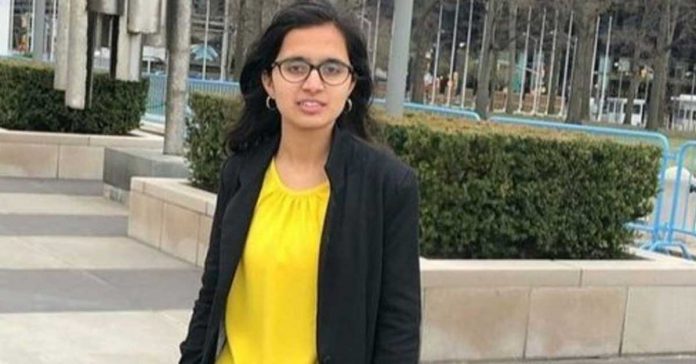 The US scholar Sudeeksha Bhati was chased by two men on a bike when she was on a separate motorcycle with a cousin and her uncle, on Monday morning according to the family.

The police has claimed that facts have been distorted in the case of this 20-year-old woman from Uttar Pradesh’s Bulandshahr. She was studying at a prestigious university in the United States, died in a road accident in UP after alleged harassment.

The police said that there was no evidence of harassment found during the probe in the death of Sudeeksha Bhati as claimed by the family. A police officer alleged that the case has a different twist as those linked to the woman “thought of insurance money”.

A First Information Report (FIR) was filed on Tuesday night amid widespread anger over the death of Sudeeksha Bhati. She had topped Bulandshahr district two years ago in Class 12 CBSE board exams in the Humanities stream. She then went on to receive a full-time scholarship at the prestigious Babson College in Massachusetts.

Her family had claimed that she was being chased by two men on Monday morning on a bike when she was a separate motorcycle with her uncle and a cousin, which led to the accident. While cops say that her cousin was riding the bike, family says Sudeeksha’s uncle – Satendra Bhati – was the one driving the motorcycle.

“The matter has been given a twist by people. The woman was on a huge scholarship and people thought of insurance. The boy who was riding the bike has just passed the high school; he is probably a minor,” police officer Santosh Kumar Singh said today, suggesting that the harassment allegations are being made to claim the insurance money.

“At the time of the incident, Sudeeksha’s uncle – Satendra Bhati was in Dadri, according to his mobile location. He reached the accident site about two hours later.- at 10:49 AM. We have charted out the whole route he took to reaching the accident site,” he said.

“A new account has shaped up to blame the police. When a lie is repeated 50 times, it becomes convincing – just like the truth. In the probe so far, we have not been able to find any evidence of harassment,” he added.

A First Information Report (FIR) was filed on Tuesday night, about 36 hours after Sudeeksha Bhati’s death. The FIR, however, does not make a mention of the alleged harassment the woman faced moments before her death; sources in the UP police said the FIR has been filed on the basis of the complaint filed by her father.

The two men can be seen in a CCTV footage, which the police on Tuesday said was also being investigated.

In his complaint, Brahma Singh Bhati, Sudeeksha’s father, wrote: “My daughter was very talented. I am completely shattered. I appeal to you that strictest punishment should be taken against those two men.”

Recalling the incident, he told police in the complaint: “Yesterday (Monday – August 10, 2020), my daughter -Sudeeksha Bhati, my brother Satendra Bhati and nephew Nigam Bhati left their home at 8 AM to meet a relative on a bike. At about 9:30 AM, when they neared the Aurangabad area, two men a black (Royal Enfield) Bullet motorycle overtook them twice and then suddenly stopped the bike intentionally.”

“My brother also had to use brakes, which made him lose the balance and my daughter – Sudeekhsha – fell and suffered serious head injuries. She was declared brought dead at the hospital,” he said.
The FIR has been filed under two sections of the IPC (Indian Penal Code) – Section 279 ( Rash driving or riding on a public way) and Section 304-A (Causing death by negligence).

Contradicting the family’s claims, Ravindra Kumar, the district magistrate, on Tuesday told reporters: “The motorcycle was being driven by her brother, a minor, and not Sudeeksha’s uncle. So far, there is no evidence of harassment.”

Sudeeksha’s journey from a village in Uttar Pradesh to a prestigious American university was one of grit and determination. She was one of the few girls in her village who had gone to a school. A student of Vidya Gyan School, an initiative of the Shiv Nadar Foundation, Sudeeksha had scored 98 per cent in Class 12 CBSE board exams.