TTD: Darshan for non-locals from June 11 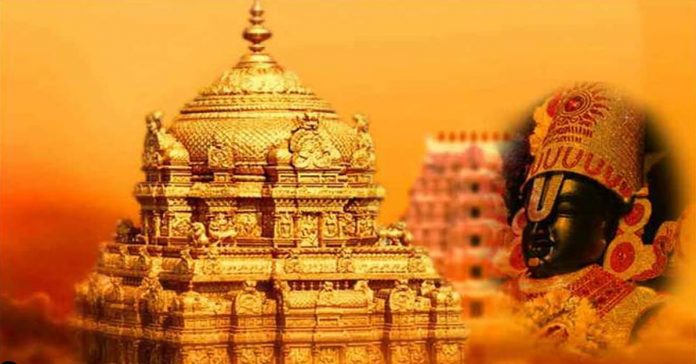 Darshan at the famous hill shrine of Lord Venkateswara at Tirumala will begin again from June 8 after a two-month Covid-19 lockdown ban on devotees’ entry. They are going to have a trial run for the first three days.

Tirumala Tirupati Devasthanams (TTD) announced on Friday that darshan on June 8 and 9 would be only for its employees.  The local devotees would be permitted on June 10. The temple would be opened for darshan for other devotees on June 11.

It would open with a number of restrictions to avoid overcrowding and ensure social distancing to check the spread of coronavirus.

TTD Trust Board chairman YV Subba Reddy told a news conference that initially only 6,000 to 7,000 devotees would be allowed per day against 60,000 to 70,000 who throng the hill shrine on normal days.

About 500 devotees would be accommodated per hour.  He announced that darshan would commence at 6.30 am and end at 7.30 pm.

People above 65 years and children below 10 years would not be allowed into the temple. People coming from containment zones would be denied entry.

VIP darshan would be allowed from June 11 for one hour — 6.30 a m to 7.30 am. The official said every devotee would be subjected to thermal checking and some would be picked for random Covid-19 tests.

It is mandatory for all devotees to wear face masks and maintain six feet physical distance from each other..

The officials requested devotees not to touch hundis (boxes for offerings). The Anna Prasadam (food) section would have a limited number of devotees. Only two persons would be permitted to stay in each guesthouse while private hotels had not been allowed to reopen in Tirumala. No decision had been taken on the tonsuring facility.

ALSO READ: Tirumala Tirupati Devasthanams Board says it will not sell assets

Tirumala Tirupati Devasthanams Board says it will not sell assets

The Tirumala Tirupati Devasthanams (TTD) Board says it will not sell assets to dispose off the immovable...