TRIBUTE TO THE REVOLUTIONARY LEADER OF OUR FREEDOM MOVEMENT BHAGAT SINGH 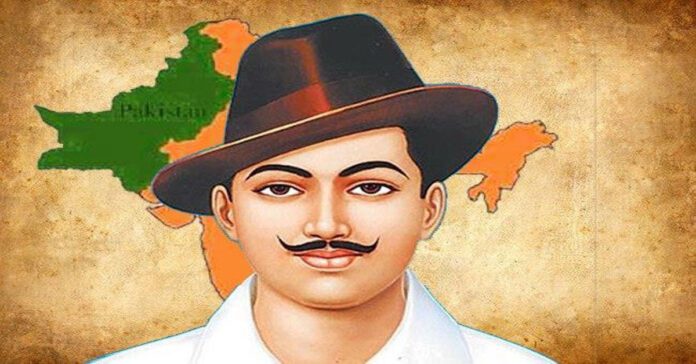 My life has been dedicated to the noblest cause, that of the freedom of the country. Therefore, there is no rest or worldly desire that can lure me now.
-BHAGAT SINGH
Bhagat singh was a young freedom fighter where at age 23 made him a folk hero of the Indian Independence movement.

Bhagat singh , a sandhu jat , was born in 1907 in the lyallpur district of the Punjab province of British India, which is present day Pakistan.

Singh’s ultimate goal was complete independence, according to which no one will be obsessed with God or religion, nor will anybody be crazy for money or other worldly desires. There will be no chains on the body or control by the state. This means that they want to eliminate: the Church, God and Religion; the state; Private property.

In the leaflet he threw in the Central Assembly on 9 April 1929, he stated: “It is easy to kill individuals but you cannot kill the ideas. Great empires crumbled, while the ideas survived.

Singh was convicted and hanged in March 1931, aged 23. Bhagat Singh became a popular folk hero after his death.

“Bhagat Singh had become the symbol of the new awakening among the youth.”

ALSO READ: Starvation death in Agra even after 74 years of Independence