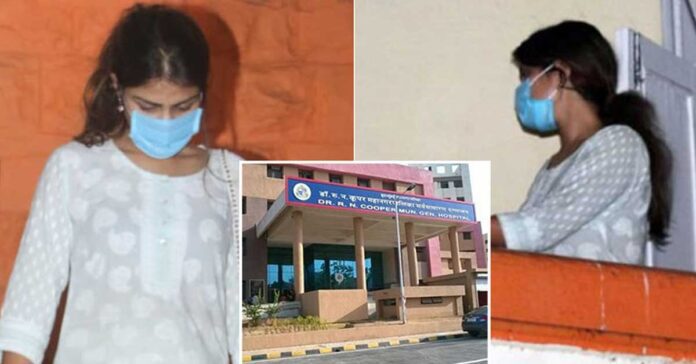 Rhea Chakraborty, Sushant Singh Rajput’s rumored girlfriend, was allowed into the mortuary of Cooper Hospital and she had spent almost 45 minutes inside the  mortuary, where the late actor’s mortal remains were kept.

As reported, Rhea Chakraborty, the prime accused in Sushant Singh Rajput death case, had spent almost 45 minutes inside the mortuary at Cooper Hospital. Surprisingly, even the closest family members of the deceased were not permitted to enter the morgue without being assisted by the police of hospital staff, with due permissions.

Flat mates of Sushant Singh Rajput at the DRDO guest house were being interrogated by the CBI team probing the matter on Tuesday. The team is looking into situations that led to the death of the Kai Po Che actor on June 14. The CBI is also investigating the likely inconsistencies in the statements made by Rajput’s aides, who were present at the flat when the incident happened.

In the meantime, there is yet another significant twist in the case. Incriminating WhatsApp conversations of Rhea Chakraborty have surfaced that hint at the alleged use of drugs by the Bollywood actress. However, her lawyer has denied the drug use angle and asserted that she is ready to give blood tests to prove that she did not use drugs.

Chakraborty’s lawyer Satish Maneshinde said in a statement earlier today that “Rhea has never consumed drugs in her lifetime and that she’s ready for a blood test any time.