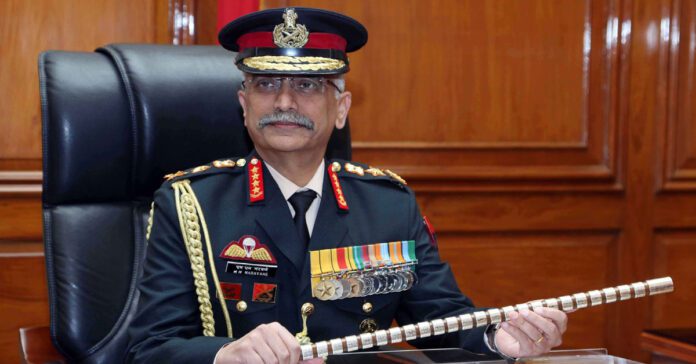 Army chief General Manoj Mukund Naravane said this morning that the situation along the Line of Actual Control or LAC – de facto border between India and China – is “slightly tense”. He said that some precautionary deployments for our own safety and security are undertaken. He assured that the problem can be resolved fully through talks. He  the Army chief said today, referring to the border tensions with China.

The Army Chief took a review of the situation after reaching Leh on Thursday. He took a firsthand review of the situation while speaking to the troops. He felt that the troops are highly motivated. Their morale is high and they are fully prepared to deal with any situation that may arise. He reiterated, and appreciated like every time, that our officers are the finest in the world. He said that they will make, not just the army, but the entire country proud.

He made these remarks after the government said that Chinese troops engaged in “provocative action” at the south bank of Pangong Lake in Eastern Ladakh last Saturday and again on Monday. China should “sincerely engage” with India to restore peace along the border through complete disengagement, the government said on Thursday.

High-level talks between senior military officers of India and China to discuss the border tension since last week’s flare-up entered the fifth round today.

General Naravane said that, there has been continuous engaging with China both at the military level and diplomatic level. The engagements are ongoing. He assured that through these talks whatever differences we have will be resolved and that the status quo is maintained and our interests are safeguarded.