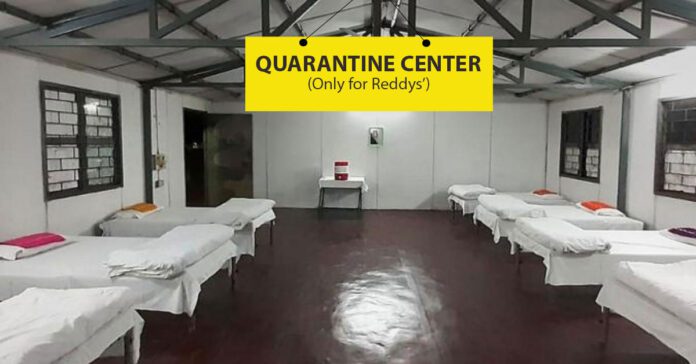 Andhra Pradesh has been known as a state steeped in caste politics and they have been various controversies and topics about the same. The trend seems to be even greater now.

All of us are aware of marriage bureaus and inns on the basis of caste, but a new trend has come to light in Andhra Pradesh. Surprisingly even Quarantine centers have also recently emerged on the based of caste.

Many castes set up a quarantine center in their caste name. In many districts this trend has just begun. Only members of that caste are allowed in the respective quarantine centers. It seems that if someone from the other caste unknowingly came there, they would give excuses by saying that the beds were empty and there were no oxygen cylinders.

In fact, the concept of this caste-based quarantine center has been imported from North India.

Caste politics is very high in North India. Political parties also streamline their affairs on a similar basis. At this juncture some of these caste-based quarantine centers were initiated to cater to their castes. In South India, caste politics is more prevalent in AP. With this the quarantine concept was launched here as well.

Many people opine that such trends are not good in the case of medicine. This is no excuse when the whole world is fighting with an invisible enemy. It is suggested that the whole community be united and fight this epidemic.

However, the managers of such centers say that such centers have been set up with the intention of at least appealing to their castes as there is no situation to help everyone and there is no need to look at it through a magnifying glass.