No gain for India in holding back stimulus measures for future: Raghuram Rajan 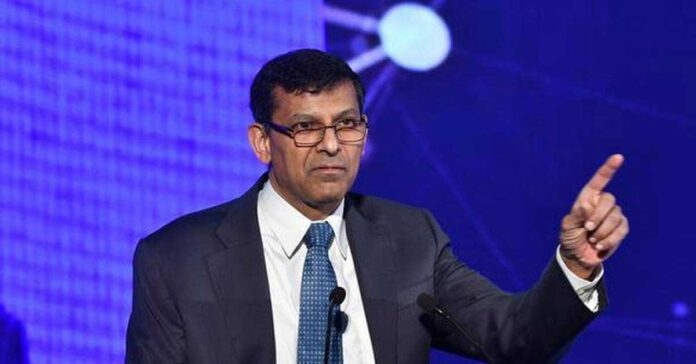 India is in a situation where the economy is ailing and the government is complacent and doesn’t seem to be doing anything about reviving it.

The 57 year old Economist and former Governor of Reserve bank Raghuram Rajan said the the situation was alarming as GDP recorded in the first quarter of the year is -23.9 per cent. He further said that economic growth may further worsen after revised GDP data accounts for losses in the informal sector.

He opined in an article that India’s GDP fall is far worse, when compared to other economies that have been severely affected by the coronavirus pandemic.

Raghuram Rajan said the ongoing pandemic-induced economic crisis is likely to worsen in India as it has taken a toll on discretionary spending. He explained that spending by Indians is likely to remain low till the pandemic is contained.

Rajan said India could boost confidence in the bond markets by announcing measures to show that it serious about restoring fiscal stability.

But the economist said government spending holds the key to India’s economic stability. He said the government needs to put more cash in the hands of poorest households in the country, especially those in urban areas, where there is no access to MNREGA.

He also advised the government and public sector firms to clear their payables quickly so there is no disruption in liquidity to corporations.

Small firms should also be helped through increased tax rebates, according to Rajan. He added that the government will also have to set aside resources to recapitalise public sector banks.

He went on to say that the government also needs to increase investments in specific job-creating sectors like infrastructure. This will not only create jobs but also increase demand for all manner of inputs like cement and steel.

Rajan also added that the Centre should “replenish” the coffers of state governments, which generally spend more on infrastructure. He said there is a need to boost current investor sentiment and announcing some future reforms could help in the process.

Exports, too, could help India regain lost growth momentum, added Rajan. However, for that to happen, the government has to lower tariffs so inputs can be imported at a lower cost.

In conclusion, Rajan said India needs strong growth just to satisfy the aspirations of its vast population of youngsters.

He again warned that India’s recovery in certain sectors in not a sign of a V-shaped recovery and only reflects pent-up demand, which is likely to fade away if the economy remains battered.

Rajan now hopes that the dismal GDP figures will be a wake up call for the government, which has to act quickly to prevent the economic crisis from deteriorating further.